Size of the Afrikaans language

About 13.5% of South Africa’s people are native speakers of Afrikaans. This describes 7 million people. It’s the third most used language in South Africa and has the most significant national and geographical allocation among all the languages used in the nation. 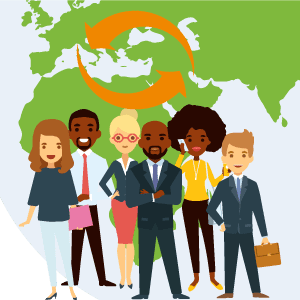 Colored South Africans is a blended ethnic group the heritage of which grew from original Xhosa and Khoisan people, colonizers from Europe, and laborers brought in by the Dutch East Indies from India, Madagascar, Malaysia, Mozambique, and Indonesia.

Overall, approximately 27 million people speak Afrikaans. Aside from the stated areas, Afrikaans is spoken in Zimbabwe, Zambia, the United Kingdom, New Zealand, the United States, and the Netherlands. Likewise, it is used in Malawi, Canada, Botswana, Lesotho, Germany, Belgium, and Australia. 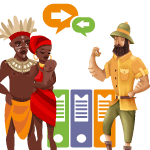 Afrikaans relates to the Indo European language family’s West Germanic branch, along with English. The language is commonly used in South Africa and Namibia. It is also used in Zimbabwe and Botswana, but not widely.

It is estimated a daughter of the Dutch language and was called before as Cape Dutch because the immigrants were gathered in Cape Town. Most of the language developed from the mixture of Hollands and Dutch Afrikaans. Several of the Colored and Afrikaners in South Africa spoke Afrikaans as their primary language.

Afrikaans developed from Hollandic (Hollands), a native of the Dutch language, which is spoken in South Holland. Hollandic was the primary language of the Dutch immigrants in the country. It emerged through the 18th century.

The glossary of Afrikaans includes many adopted words. Some appeared from the Khoisan languages, Portuguese, German, Malay, and some Bantu languages, with approximately 90% to 95% received from Dutch. 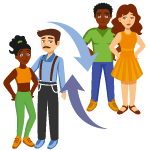 Readability between Dutch and Afrikaans

Afrikaans is a daughter of Dutch, so Dutch speakers might take some time to read the language, but they can read Afrikaans. But, speakers of Afrikaans might not be able to read the Dutch language easily.

The spelling is different from the Dutch standard. One of the significant differences between the languages is in grammar and morphology of Afrikaans. The mutual readability is possible in the written rather than the spoken form of Dutch and Afrikaans. 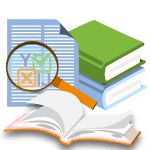 Differences between Dutch and Afrikaans

Due to the simplifications in spelling and phonetic progressions of Afrikaans, it became different from Dutch.

The most significant difference is the writing: 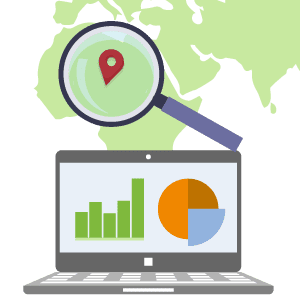 Why Should You Translate Your Business into Afrikaans?

The language is the daughter of Dutch and it’s spoken by more than 27 million peoples worldwide. Translating your Dutch business into the Afrikaans language will help you to improve the visibility of your business. Think about it; South Africa is one of the stable economic countries in the world and only 10 percent English speakers. Translating your business will not only help in getting more audience but also increases profits.

The Afrikaans language is extensively used by South Africa media. Your promotion and marketing strategy in South Africa will fail if you’re not translation and conveying into their native language.

Afrikaans is considered as a significant language as well because it is the language of commerce along with English. For companies conducting business in South Africa, have your business translations done by a reputable language services company known for providing excellent, professional and accurate translations.

DutchTrans will deliver to your company much more than translations. Our goal is to offer clients a translation service that provides a high return on expenditure value.

It will work as a boost for your brand, an improvement to your contacts, and an important key when it comes to dealing with legal terms within the country.

CONTACT US AT ANY MOMENT WITH YOUR QUESTIONS
Live chat
Dutch to Afrikaans was last modified: June 18th, 2020 by admin
11 Shares
Share5
Tweet1
Pin5
Request quote