5 Facts You Didn’t Know About Galician Language in Spain

The Galician language is one of the official languages of Spain and one of the significant minority languages in a European country, with more than 3 million speakers in the Spanish region of Galicia and parts of Northern Portugal. However, there are millions more Spanish speakers worldwide who can understand it without having to know how to speak it. While the language has some similarities with Portuguese, it also has its unique characteristics and distinctions that set it apart from other languages spoken in Spain, much like Catalan and Basque. Here are five facts about the Galician language that you may not have known before

Galician is a minority language spoken in several locations throughout northwestern Spain. Of Europe’s minority languages, it is one of just three official regional languages (with other regions including Catalonia and Euskadi) but with Spanish as its national tongue. The language is distinct from Spanish while still mutually intelligible.

It has been recognized by both UNESCO and the Council of Europe as an endangered language. While most speakers live in Galicia, there are also communities of native speakers living in nearby Asturias, Castile-Leon, Cantabria, and Northern Portugal. Although not taught in schools outside of Galicia, efforts have been made to teach children Galician in schools within their region.

Despite these efforts, however, it is estimated that less than 1% of all children speak or understand any form of Galician fluently. To preserve its history and cultural identity, supporters of Galician are working toward making it an official language of education in Spain. In addition to UNESCO’s recognition as an endangered language, Galician has recently gained recognition for being a Celtic language, sharing commonalities with Welsh and Breton. This raises interesting questions about what defines a Celtic language versus another branch of Indo-European languages like Latin or Germanic ones like English. 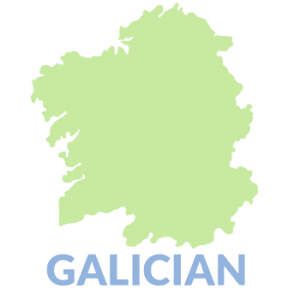 2) Where it is Spoken

Galician is a Romance language related to Spanish, Portuguese, and French. It’s spoken mainly in northwestern Spain and has its distinct dialect (also called Galician). The main thing that sets it apart from these languages is that it’s currently an official language of around 3 million people. That’s about 8% of Spaniards! There are also quite a few native speakers in Argentina, Brazil, and Venezuela. So if you’re ever traveling through those countries, you’ll be able to communicate with some locals! Just don’t expect everyone to understand you; many do not know how to speak English or any other foreign language.

Galicia is a region on Spain’s northwest coast that, like Catalonia, has its language. Whether or not it’s considered a dialect of Spanish or its language has caused controversy and even riots (it was officially declared one of Spain’s official languages in 2007). But don’t worry—you don’t need to know anything about regional politics to understand that there are some fundamental differences between Spanish and Galician.

Gallego is an Indo-European language with Celtic influences; as such, it shares similarities with other Romance languages such as French and Italian. It also shares many commonalities with Portuguese, spoken across Portugal and Brazil. This means that if you learn Gallego, you can also speak Portuguese! Learning Gallego might be easier than learning Portuguese because most speakers of Brazilian Portuguese speak Spanish as well! 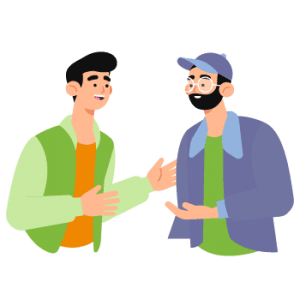 4) Galician was banned by Franco in the 1930s and only allowed to be used for official purposes.

As with all other languages spoken in Spain that were not Castilian, Galician was banned during the dictatorship of Franco from 1939 to 1975. Despite the ban on written and public Galician, however, material in Galician started to be published again on a tiny scale in the 1950s.

While most Europeans speak an Indo-European language, Galicians are unique because they speak a romance language. Only some 12 million people around Europe speak a romance language, which makes up 8% of all Europeans. Romance languages are derived from Latin, or vulgate, an ancient version of Latin spoken by soldiers spread throughout the Roman Empire during its height. Because many of these soldiers were locals and not Romans (who spoke only classical Latin), their variation became known as vulgar Latin and eventually evolved into modern romance languages. These include Italian, French, Spanish, Portuguese, and Romanian.

The first written record of Vulgar Latin dates back to 98 AD in Cisalpine Gaul (northern Italy). Over time, it split off into separate dialects that would later become individual languages. By 500 AD, there were three main dialects: Western Romance (which includes French and Occitan); Ibero-Romance (Castilian Spanish and Catalan); and Eastern Romance (Romanian). However, it wasn’t until 1100 that these dialects began to evolve into individual languages with distinct grammar rules.

Castilian Spanish was so different from other versions of Vulgar Latin that for a long time, it was considered its language entirely. As for how the Galician came about, scholars believe it originated in the Celtic territory near France sometime between 400 and 600 BC. It is believed to have been brought over by Celts fleeing Britain after being invaded by Anglo-Saxons. This theory is supported by linguistic studies on Celtic languages and early Galician writings.

Galician is not a mixture of Spanish.

Several South American countries, Mexico, Cuba, and, of course, Spain, speak Spanish as their primary language. But Galician is not a mixture of Spanish. Galician is a beautiful language as it is its language with its unique history and development. There are three main reasons for this: first, Galician has its distinct dialect; second, Galician has its literary tradition; and third, Galician has its own unique cultural identity. According to the Galician Council of Culture, Castilian Spanish was the dominant language before formally recognized, while Galician was marginalized.

Galician has its distinct dialect. While it is true that Galician shares some similarities with Spanish, the two languages are not mutually intelligible. This is because Galician has its own unique phonetic, grammatical, and lexical features. For example, Galician has a different pronunciation of certain consonants, a separate word order, and a different vocabulary.

Galician has its own unique cultural identity. This is reflected in the arts, music, and cuisine of Galicia. For example, Galician music often has a Celtic influence, and Galician cuisine often includes seafood dishes. 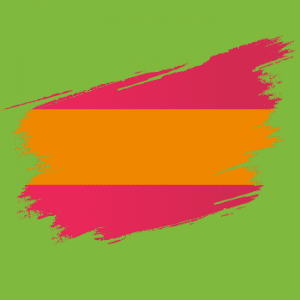 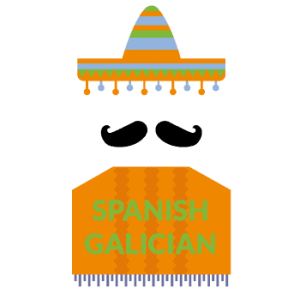 What is the difference between Galician and Spanish?

How do you pronounce "Gallegos"?

What are some fun facts about the Spanish language?

The Spanish language is the second most spoken language globally, after Mandarin Chinese. It’s also one of the easiest languages to learn because it has simple grammar and vocabulary that makes learning easy.

Spanish is the third most spoken language in Europe, after English and German. There are more than 400 million native speakers of Spanish worldwide. Spanish is the fifth most popular foreign language on the Internet.

Spanish is the sixth most commonly taught foreign language in high schools worldwide. Spanish is the seventh most studied language at universities in the U.S., according to the National Center for Education Statistics.

What is Galicia in Spain known for?

Galicia, the northwestern province of Spain, has a rich history and culture. The region is home to many unique festivals and events celebrated throughout the year.

Galicia is famous for its food! The cuisine of Galicia includes traditional dishes like paella, gazpacho, empanadas, and chorizo. The region is also well known for its wines, such as red wine from Rías Baixas and white wine from Ribeira Sacra.

How old is the Gallego language?

The Gallego language has been spoken in Spain since the early Middle Ages. It was first recorded by the Spanish chronicler Pedro de Luna (13th century), who described it as a dialect of Castilian. The earliest written records of the Gallego language date back to 1320.

Where does the Galician language come from?

The Galician language is a Romance language spoken in Spain and Portugal. It belongs to the Ibero-Romance family of languages, including Catalan, Asturian, Leonese, Aragonese and Valencian. These languages all have their roots in Latin.

The name “Galicia” comes from the Roman Empire. When the Romans conquered the area, they called it Gallia. Over time, this became Galatia. This word eventually evolved into Galicia.

Questions? Get in touch 24/7
LIVE CHAT WITH US
5 Facts You Didn’t Know About Galician Language in Spain was last modified: June 6th, 2022 by admin