Dutch is the language spoken by more than 28 million people around the globe. It is the official language of the Netherlands and Belgium. With its roots originating from West Germanic language, it shares the same heritage as English and German.

While the majority of Dutch speakers are in Europe, migration has led to some pockets of the world to speak it as well. Outside of Europe, the country of Suriname gave it an official status. It also received the same merit in Curacao, Aruba, and Sint Maarten.

Since Dutch and English share the same origin, there are a handful of Dutch words that have found their way into the English vocabulary. The reason behind this can be traced back to the colonial age. During the 17th century, Dutch colonizers started to settle in several American colonies. Among the most famous Dutch words that are in the English vocabulary are apartheid, blink, cookie, drill, gherkin, bamboo, and Santa Claus. 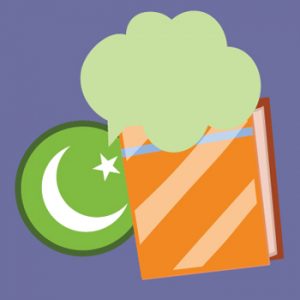 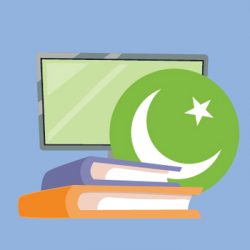 Given the Germanic roots of the two languages, some experts believe that English speakers will find it easier to learn Dutch compared to other dialects. The same, however, cannot be said when it comes to German. Despite the proximity of Germany and The Netherlands in terms of geography, German speakers find it hard to learn or even comprehend their neighbors to the north.

Due to its natural affinity to compound words, Dutch has some of the longest words in the world. These words are created by putting together smaller words to form a longer, more cohesive word. It is also interesting to point out that 75 percent of the Dutch dictionary is borrowed words. Most of which are French in origin. While some borrowed words usually change in spelling over time, these French loan words still have the same spelling.

Urdu is the official language of Pakistan. It counts more than 41 million speakers globally. Widely considered as a sophisticated language, Urdu dates back to the dawn of civilization and is very old.

Most of Urdu speakers are concentrated in Pakistan, some parts of India, and South Asia. Since it is one of the oldest languages in the world, it is widely used in a various academic discipline. It is taught in universities, and some scholars continue to study its origin and structure. Perhaps one of the essential contributions of Urdu is in poetry. Some of the world’s oldest and most beautiful pieces of written poetry are in Urdu. As such, it is widely regarded as a language of beauty and grace.

Pakistan and India are close neighbors, and it is because of this that there are millions of Urdu speakers in India. Due to the prevalence of the language in the country, India has adopted Urdu as its second official language. Outside of Pakistan and India, Urdu is also extremely popular in Middle Eastern and predominantly Muslim countries.

Although Muslims predominantly use it, it appears quite interesting to point out that Urdu is a required language when learning the Pentecostal faith. The Fire Bible is one of the few Pentecostal bibles that exists in the modern day.

Due to migration, the United States has labeled Urdu as an essential language. The same is also true with several countries in the European Union. As more Urdu speakers seek to improve their lives in Europe, the demand for translation has also skyrocketed.

Our company provides translation services and supports more than 120 languages. Urdu is just one of the many dialects that we support. 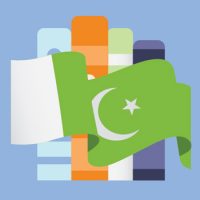 One of the many types of documents our company receive most of the time are government documents. Immigrant are usually required to bring with them various identifying documents when processing immigration. However, most of these documents are written in their native language. This is where our company steps in.

We make sure that we utilize native Urdu speakers as our translator to make sure that all our projects meet the rigorous and strict standards of some government institutions. We are one of the top translation companies to consistently top the list when it comes to the accuracy and quality of Urdu translations.

We have partners and clients all around the globe. As such, we must maintain a 24/7 operation. You can contact us anytime, and our reliable customer service representatives will make sure that you receive all the necessary information you need regarding our Dutch to Urdu translation services.

We understand that time is a resource that should not be wasted. This is why we always and consistently beat our deadline. In the translation business, even just an hour late could mean a substantial loss.

Our turnaround time is one of the best in the business. We make sure to deliver the goods an hour ahead of schedule to give our clients the time to scrutinize our translations. That way, there will be ample to make any revisions should the need arise.

Our Dutch to Urdu translation is one of the most affordable in the industry. Feel free to use our website to get a free quote for your particular translation project.