Latin is widely held as an antiquated language. Though old, it is still relevant in the modern world. Although no country considers it as an official language, its influence traverses industries, scientific, medical, and legal applications.

It was the official language of the Roman Empire. At the height of its power, Rome governs more than a quarter of the world’s population. Because of this, there was a time in humankind’s history when one can travel from Italy to the heart of the Middle East and still use a single language. Such was the scope of its immense power and influence.

When gauged using today’s standards, it is ancient. It is true that thousands of words and phrases have crept into various languages and are still dialect. However, the fact that no significant group of people or country consider it as an official spoken or written language has led some experts to label it extinct.

Nevertheless, this perceived extinction works into Latin’s favor. One such benefit is that it no longer changes and whatever evidence and rules we have of it today will be preserved forever. Moreover, there are also a lot of schools and higher education institutions that revere it to a high degree. It is also considered as a classical language, and it reflects respect, class, and intellect to those who use it.

Although it is no longer used as often in the modern world, it is still the preferred language by the Vatican and the Roman Catholic Church. The Catholic faith still uses it for certain rituals, ceremonies, and communications, especially of the written form. 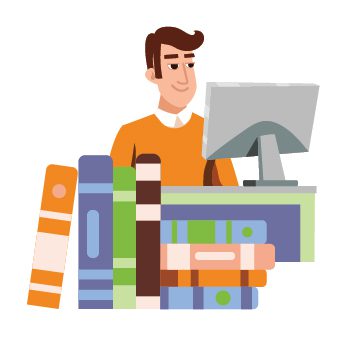 The scientific and medical world is also among the most frequent users of Latin. First and foremost, it is used in naming newly discovered species of both plants and animals. Botanists and Zoologists always use this language in naming new species. The reason behind this is the fact that words in Latin have precise definitions when it comes to taxonomy. Additionally, there are also words in the medical endeavor that are Latin in origin, and in some cases, actual Latin words.

There are two types of Latin: Classical and Vulgar. The Classical variety of this language is the one used by those on the upper echelon of society. This type is used mainly by educated Romans like politicians, orators, generals, and philosophers during the height of the Roman Empire.

To gauge the influence of Latin, one has to look in history. Historians of yore used it in documenting massive wars and battles. Scholars and experts also agree that French, Spanish, Portuguese, Italian, and Catalan languages trace their roots to it.

During the Middle Ages is when Latin spread to new lands. Back then, it was considered as the language of the enlightened, and many notable poets and scientists used it to document their works. It is standard teaching in many universities all across Europe. Though its influence started to wane down during the Reformation era, many higher education institutions still accept graduate degree and doctorate dissertations that are written in Latin.

With its influence in the scientific and academic realms, it is safe to say that while Latin is ancient, it is still relevant even today. Not to mention that when doing business or transactions in the Vatican, the heart of the Roman Catholic Faith, it is the language of preference.

There is a growing industry of translating old records into various languages for the sake of posterity. These documents are quite old and are prone to the element, which is why many experts and scholars have endeavored to preserve it for the future generation by converting it into digital copies.

Dissertations, various medical and scientific studies published during the Middle Ages and subsequent ages are also being translated from Latin into modern languages. That is why the need for translators and translation jobs for this endeavor is quite immense.

Latin is a standard composition of some basic and advanced educational courses. As such, it is safe to say that some people might be quite familiar with it. However, what most people do not know is that the Latin covered on these courses are quite rudimentary compared to the one published and documented in the past. Translating these antiquated documents requires more than just basic knowledge of a language that has existed for more than 2,500 and has outlived the empire that once considered it as its official language.

If you are looking for accurate, high-quality, and fast Dutch to Latin language translation, you came to the right place. Our company has a pool of highly-talented translators that are ready to take your project at any time of the day.

We also offer certified Dutch to Latin translations. This type of conversion is verified with several certificates from language experts to make sure of its accuracy and quality.

Our services have been proven time and time again for its high-quality and accurate translations. We can achieve and hold these high standards because of our work ethics and pool of translation experts. We work with experts who have spent their storied career focusing on it. We also have an established group of quality assurance, checkers, and proofreaders. They are the ones responsible in making sure that all your Dutch To Latin translation needs is appropriately handled.