Translating into a different language is important since it is a way or two elements to be able to understand the conveyed information. It is especially important to businesses, since a universal language must be necessary in order to understand what the other element is saying. In Europe, translation services are really important for serious businesses. One example of such service is the Dutch language translation.

One good reason why there is a need for translation from and into Dutch is successful communication. For a business to be able to thrive in the industry, they must always be above the competition. The thing that can help for that is the mastery of languages for communicating with other countries. Through translations, information can be completely understood in such a way that will not burden the other party when it comes to having to fully understand what it was supposed to mean.

Another reason why there is a need for Dutch language translation is that majority of those in the European Union do not know Dutch. It would be very helpful if everyone would understand the language so that there will be no problem when having to relay information about something, but since this is not possible, the translation would cover this part.

Third reason is that although the Dutch language is so much easier to learn than any other languages in other European countries, not many people take advantage of this. Especially when you know English or German, you will have an advantage in learning Dutch over those who don’t know those languages.

Fourth reason why Dutch language translation is highly used is that since most people in EU do not know the Dutch language, it is an advantage to translate properly to avoid any confusion or any misinterpretations. Even if you know there are people who know Dutch, it is better to translate your content to the local language as you’ll have more chances of getting your message through to the right people. 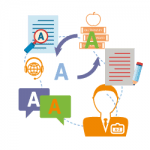 The Dutch language does not have a lot of native speakers as compared to the top languages of the world. Including the 17 million Dutch-speaking people of the Netherlands, there are 23 million people in the world who speak Dutch as their first language. Since the Netherlands is an important place for new businesses, the Dutch’s importance has also increased. But in order to communicate with the rest of the European countries, the Dutch still need to get their language translated. Dutch language translation helps the local businesses reach out to the 512.6 million people of the European Union. Dutch language translation into other common languages of the EU can help the businesses in the Netherlands to market their products to a large number of people and make their business successful. Languages like German, English, Spanish, and French are pretty common in Europe, and those who wish to reach the majority of Europe’s population can do so with the help of these languages. Dutch language translation in the above-mentioned languages can be greatly helpful for your business. 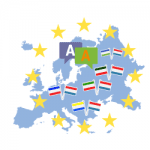 Questions? Get in touch 24/7
LIVE CHAT WITH US
4 Reasons Why Dutch Language Translation is highly used in EU today was last modified: June 18th, 2020 by admin
Share
Print page
0 Likes