Somalia is a country situated in the Horn of Africa. Bordering the country on its northwestern region is Djibouti. On its southwest border lies Kenya, while Yemen and the Gulf of Aden are located to its north. Overseeing the country’s eastern border is the vast Indian Ocean, and Ethiopia is located on its western edge. The Somali language is considered as one of the mutations of Afro-Asiatic origins. These family of languages traces their roots from the mass African migration to the Asian continent. As prehistoric people migrated to newer lands, they bring with them their spoken dialect. As they venture deep into the Asian heartland, they encounter more unique languages which, through thousands of years, eventually mutated into various dialects and system of communications that we know today.

Somalia lists two official languages: Somali and Arabic. Africa is a landlocked continent, and because of this attribute, the Somali language has some influences from its neighbors. Arabic is also a general language which is popularly used in the whole African region. Arabic is to African countries as English is to countries with American and British influences.

Somali is considered as the official and mother tongue of Somalia. On the other hand, Arabic became popular in the country because of its massive influence in the Islamic religion, which happens to be the dominant religious denomination in the country. Somali people are among the fastest growing group of migrants to have recently flock the United States. Inauspicious economic activities and the alarming rise of conflict have led many Somalis to gravitate towards the United States in hopes of finding a better future. 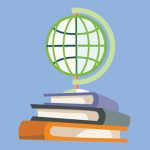 Somali is used by close to 99 percent of people living in Somalia. In a census held in 2006, more than 16.6 million use the language, 8.3 million of which reside in the country. Three dialects have mutated from it. In terms of the number of users, the three most prominent are Northern, Benaadir, and Maay. The mutation of these languages can be traced to regional demographics. Nevertheless, these three dialects are interconnected through the Standard Somali.

Many scholars agree that Somali was purely an oral language during its early manifestations. The written aspect of it only came along when the Osmanya alphabet was introduced in 1920. At this point, the style is still wholly alien to the western world, and it was not until the 1970’s when European colonizers arrived in the country and introduced the Latin alphabet.

In terms of scripting, the Latin version of Somali is the most dominantly used in the country. Hundreds of experts have painstakingly designed this alphabet to adequately address the needs of the Somali populace. 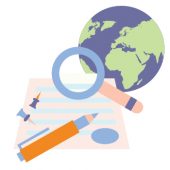 Somali is widely regarded as agglutinative. This means that it uses markers to determine gender and names. It is complicated to compare the sentence structure and morphology of Somali to English.

Migration is one of the main reason for the spread of Somali. As more people migrate to different parts of the world in search of a greener pasture, they bring with them their local dialect. In terms of migrant groups, Somali is growing in the United States, and it steadily grows by the day.

The boom in migration has also led to demands in translation. Migration usually entails tons of paper works. While most migrants have proper documentation with them, there are many cases wherein these documents are written in their local language. This is not only affecting a couple of languages, but many reports revealed that it affects nearly every migrant group. Our company is at the forefront of this growing industry. We provide thousands of translation jobs to help migrants with their documentation.

Our services are not limited to major languages. Our company supports more than 100 languages and dialects from all over the world. Our Somali translation division is one of the most sought after service. Before the recent boom of migration, our company has provided translation services to companies and industry leaders all over the world. It is because of this partnership that we were able to put together a pool of highly-skilled and talented translators. 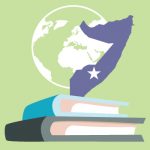 Our company is one of the best when it comes to turnaround time. We understand how important these documents are to our clients. In an environment that even just an hour could mean failure, we make sure that all our projects are returned way ahead of schedule. This will allow our clients the time to double check our work and then make necessary corrections if need be.

Lastly, we provide thousands of translation solutions to companies and entities all over the world. With this comes the demand for maintaining a 24/7 operation.