Dutch to Spanish translation sounds odd, doesn’t it?! Even though both the Netherlands and Spain are in Europe, geographically and culturally they are so exceptionally different that you forget for a minute that they are both in EU! 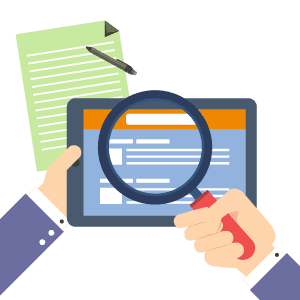 Most of the times, neighboring European countries do not share the same language, and it is hard to find translators who can translate between those languages with ease and success. But you do not have to worry about that with DutchTrans.

DutchTrans is an expert in all things Dutch! We specialize in providing translations between Dutch and all other languages in the world, and Dutch to Spanish translation is no different. We are also offering a wide range of European languages and translation in between them that is always readily available.

Translation services are highly needed when it comes to companies doing business in multiple countries. There are numerous papers to be translated like legal documents, technical, financial, medical or general documents, and the translations have to be accurate and done in time at the lowest price. We can help you with that, 24/7.

Whether you need online translation or you are intending to visit our offices you can do so at any time. We have offices in the Netherlands and in the UK, but if you can’t make it to our offices and talk to us in person, you can also give us a call, send us an email or easier – use the live chat feature on our website. 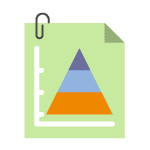 With any project we assign at least two professional translators with experience in your field and natives of your target language to translate and proofread and our quality assurance checks the final translation before delivering to the client. 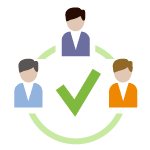 We understand the fact that you may need our services at any time and that is why we are available online 24/7. We also translate during the weekend if needed so you could have your translation done first thing on Monday, and we do not charge extra for this. 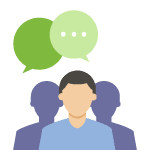 We have an instant connection with all our translators which allows us to select and appoint the best fitted translators to your project in almost no time. This also gives us the ability to offer shorter deadlines than everyone else.

Why Dutch to Spanish translation is needed?

The Netherlands is the land that is a Nordic legend with Northern Lights, extremely low temperatures, snow and the sky that will melt the toughest of souls. The land is also in the midst of an organized and futuristic mindset. The Netherlands is one of the ‘sophisticated’ European nations who are great in education, economy and entrepreneurial spirit. The land is of the Nordic descendants who were raised for hundreds of generations in cold weather and are thus extremely fond of cool and calm calculations. They have been one of the most developed nations for almost half a century, and that is not easy to sustain without a passionate love for discipline and persistence.

Spain is the warm Mediterranean end of Europe filled with passion and expression that will be hard to express; the world of Cordoba that is heavily influenced by the Middle Eastern desires and essence. It is the land that once conquered the Southern Americas and gave us Mexico and half of the Northern Hemisphere. Now it is the third largest economy of the European Union with extreme limitations in organization and growth that will baffle any and all inhabitants of the land of Northern Lights! Multiple Spanish companies are dealing with neighboring countries, and one of those countries is the Netherlands. Dutch to Spanish translation then becomes just as necessary as Spanish to Dutch translation.

But they both belong in the same region?!

It’s a bit astonishing that these two languages are being spoken in the same continent yet they are totally different, right? Let’s take this argument even further and let us give you something to ponder about; Urdu and Chinese are national languages of two neighboring countries!

Oh, wait! Right, but they are so different! That is what you just thought right?! You know why they are so different! Because China shares the border with Pakistan and India through the Himalayas – the High Mountains alone; up until a hundred years ago, even the Silk Road couldn’t open communications between Subcontinent and China after a certain degree.

When Alexander The Great came to the Sub Continent of India as a conqueror, his steps were paving the Silk Road and making way for trade and exchange of knowledge that helped future generations immensely. He settled his army in Central Asia where they stayed and flourished for the next three centuries, where in the present day China, Afghanistan, Tajikistan and Northern Pakistan are located.

These are just reminiscence of history that show you how languages sometimes do not mingle even when neighbors share borders for many millennia. Not one phrase of Mandarin is present in Sub-continental India and all of their various languages; because the connection between Central and South East Asia was not a very clear one and not easy to cross. The Mughal Emperors came from the Mongol Dynasty, but they were Arabic and highly inclined towards picking up the local language. They flourished in India and left their roots entirely behind. In nearly a thousand years of their reign, they would be deemed responsible for founding and strengthening the Urdu language; a mix of Arabic, Persian, Sanskrit, and Punjabi. But the Mongol roots will not be touched because their army was mainly formed exclusively of the nations above.

Where to get affordable Dutch to Spanish translation?

There are translators that can translate from Dutch into Spanish without using English as a middle language. Using such translators is a great idea because if you use English in between, the translation will cost more and may miss a few nuances. Many translators are well-versed in two or three languages, but the translation industry generally uses their language pairs so rarely that they are not looking around for work. We invite all of them to come work with us; as we receive projects for many language pairs without English and have plenty of work for these translators. This gives us the freedom to offer translation prices that are lower for language combinations that are needed.

We receive translation requests in a wide variety of fields. We are discussing a few of these services as follows:

Business translations: Dutch business owners decide to launch their businesses in the third-largest economy of Europe and come to us with documents they need translated for that purpose.

Product Launch: The translation projects also include assignments when a Dutch product is being launched in the Spanish market and all the content has to undergo Dutch to Spanish translation and get well sorted.

Website translation: Some companies looking to expand into the Spanish market (not necessarily to Spain only) are also looking for specialists to translate their websites from Dutch into Spanish.

There are many more instances when Dutch to Spanish translation is needed and although it may seem a bit strange that this language combination is searched, we do get numerous projects for it. And we have the resources to handle them all in time and without charging a fortune. 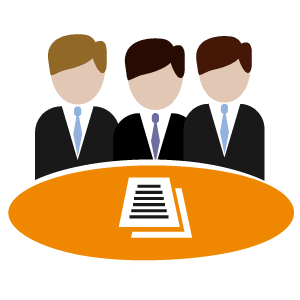 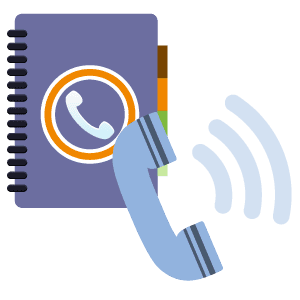 If you are a Hollywood fan, your introduction to the Spanish language dates back to the 80’s. The era in which mafia dons were Mexican and their occasional use of greetings and threats really impressed you and you even started using Amigo and Mi Amor in your day to day talks. But one thing that has really changed over is that now you don’t have to buy a Spanish dictionary in order to learn the meanings of the simplest words.

Thanks to the English to Spanish translation services, you can even get Spanish translations for your English social media posts to address your Spanish friends. Because honestly, what other way is better to share than in a language close to the hearts of the people. According to the stats, translation services are really changing the way businesses operate in today’s world. In our opinion, that’s just one aspect, translation is an asset you can use to your advantage regardless of the nature of your content and purpose. At DutchTrans, we value the importance of language translations in today’s digital world. We want all our customers to stay assured that we’ll take care of their English to Spanish translation even during the Holiday season. The weather may get cold but your promotions will always stay hot with us.

DutchTrans is here for all of these translations and many more with reasonable rates and a very quick turnaround. We are an authentic agency and our credentials are well-verified. For any further queries regarding Dutch to Spanish translation, call now and get a quote!