If you need highly accurate Dutch to French translation services or translations from any language into french, DutchTrans is here to help. As a translation company in London, we have the needed resources to translate from and into any language, including French, and we do it at a price you’find affordable even if your budget is tight! 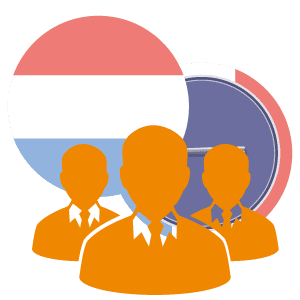 France has been recognized as the third-largest Internet economy in Europe; with steady growth calculated for several years to come. It has a growing and advanced e-commerce market and closes buy and sell connections with several territories across the globe. London has between the highest levels of Internet use in the world, in addition to high disposable income and Belgium, which hosts the capital of Europe in Brussels, has an Internet penetration rate of 48%.

All these point to French being a must-have European language. At DutchTrans we know the French language inside out. With a pool of excellent and expert French translators who cover the full range of industries from medical to education, we can provide fast and quality Dutch to French translation services at great prices.

Dutch is translated to French on a regular basis due to massive foreign trade and market sharing between Dutch and French-speaking businesses, as well as high demand for Dutch products in French-speaking countries. However, DutchTrans provides Dutch to French translation services for many other types of documents than these few examples for business. From marriage certificates and property titles and deeds, legal documents, permits, and visas, or textbooks and French literature, DutchTrans has performed every single one of these translations, and many more. Whether you need French document translation for your investment statements or business proposals, we can offer you with European French, African French, and Canadian French translations for every document, and for any reason or purpose.

You can always count on us for 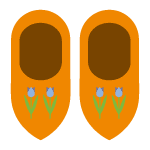 If you need French translation services at affordable rates and don’t trust just about anyone to translate for you, come to DutchTrans. Our offices are easy to reach, but if you can’t make it you can simply order online and you will receive the same top-notch services as you’d get if you visit our offices. 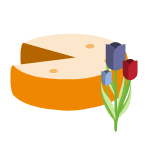 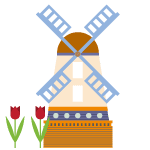 You can find French speaking people anywhere in London, immigrants to the UK in hopes for a better life. They all need translation for immigration, and with us, they get translations with guaranteed acceptance at the UK immigration offices, at the lowest prices to be found in London.

Dutch to French translation and localization

Dutch businesses looking to tap on the French market not only need plain translation, but also localization for their documents and their websites. We can help with that too.

The way French is written and spoken in various localities varies from one place to the other and is significantly tailored by local customs and culture, historical evolution and the influence of other languages spoken in that country or area. When we translate from Dutch into French, the French Localization process has to be done considering all these elements. The same knowledge and awareness are essential in the reverse process when we translate from French into the Dutch Language. That aspect of the translation practice is a critical element of the process and requires adequate and experienced French translators.

When translating a website from Dutch to French, there are many factors involved in the translation of the text. Source code formatting, text-within-images, and many other fine details must be taken into consideration. It is for this reason that DutchTrans has experienced IT experts always available for discussion and to ensure that your French website translation is performed to the highest standard. 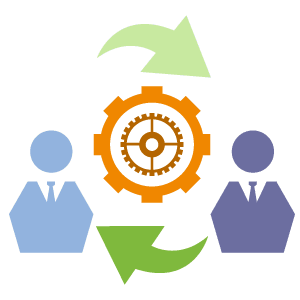 There is a wide range of documents that can be translated from Dutch to French, for different purposes. In our many years of business, DutchTrans has never come across any Dutch content that we could not translate into French for our customers. Few of these documents are listed here: user manuals, technical descriptions, contracts, medical reports, and much more.

There are many cases where one may require French to English certified translation, and DutchTrans has an expert team of certified translators in London and throughout the United Kingdom ready to help you. If you require any certified document, whether it be a birth certificate, police record, or any other official document, we can help.

With our pool of more than 3,000 translators, we can employ someone with not only the language experiences you need but also the subject knowledge you are looking for. We have unique systems to choose an appropriate person for the job promptly and quickly, so you have a translated content that addresses directly to your French audience and business clients. Just tell us what you require, and we will meet the ideal translator for your content.