10 Things All Germanic Languages Have In Common

10 Things All Germanic Languages Have In Common

Germanic languages are a branch of the Indo-European family. It is one of the most spoken in the whole world, and it is divided into three different groups. The first of which is West Germanic, which counts English, Dutch, and German as its members. North Germanic includes Icelandic, Swedish, and Danish. Lastly, there is the East Germanic, which is now extinct. Among those that used the East Germanic dialects are the Burgundians, the Vandals, and some other related tribes.

Many experts agree that despite structural and grammar differences, all these languages are somehow connected by a single strand or parent language. The reason behind there mutation into different forms is due to conflict and conquest. Additionally, during the earliest years of nation-building as countries start to carve out their borders, they adopted a single language and eventually developed that into a form that is inherent into the population. 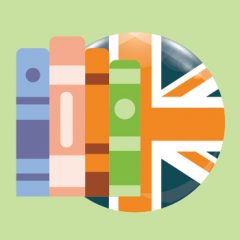 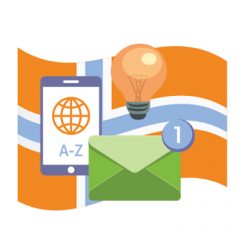 1. Probably the most obvious of these similarities is their origin. All these dialects evolved from a single root. From that single point, these dialects, through migration, traveled and eventually evolved into distinct versions. This similarity is noticeable in pronunciation. Additionally, some Germanic languages still use the same words when describing a particular thing. This similarity can be attributed to their common origin.

2. Verb Conjugation. This is another commonality when it comes to Germanic languages. When it comes to verb conjugation, there is a particular divide when using “weak” and “strong” verbs. Strong verbs are those that change the verb root when used. Weak verbs, on the other hand, utilize the technique called tacking on its ending. Experts have pointed out that these changes in vowels can be divided into certain classes with their unique distinctions. Nevertheless, these distinctions are not systematic nor regular.

3. Grammar. All Germanic languages also share similarities when it comes to their sentence and word structure. They all share the same three elements, which are: the root, the inflection, and the stem-forming suffix. The root expresses the lexical meaning. The inflection, also called the ending, shows grammar form. The stem-forming suffix acts as an indicator of the stem type. They also share the same synthetic flow in form building, which means that grammar meanings are expressed by changing the word form instead of using auxiliary words.

4. Alphabet. While those that belong in the Germanic tribe are mostly illiterate, some of them were able to develop their unique writing system. Each has its distinct style called runic. All the early stages of written Germanic languages originated from these runes. With the proliferation of the Roman Empire, the adoption of the Latin alphabet was later introduced into many of these tribes and countries. 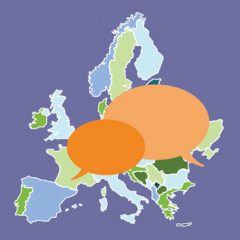 5. Phonetics. One common similarity of all Germanic languages is the strong stress that falls on the first root syllable. This stress is used to emphasize the syllable, which bears the importance of the semantic element. This would later evolve into the use of unstressed syllables, which denotes the drastic change in terms of the grammatical system.

6. Vowel Gradation. This is technically known as Ablaut. It is a spontaneous and utterly independent alteration of vowels. It involves the revision of the root vowel. This is used mainly to denote a particular grammar form or meaning of the word. In essence, by changing the alteration of vowels, a word will have a completely different sense.

7. Three-Gender System. This is also a widespread similarity that almost all Germanic languages share. All of them features a three-gender system in adjectives, nouns, and pronouns. These genders are Masculine, Feminine, and Neuter. There is a handful of exceptions though, especially in mainland Scandinavia where this three-gender system is reduced into a common-neuter distinction.

8. Grimm’s Law. All these languages have, up to some effect, exhibited manifestations of the Grimm’s Law. This means that every one of them has changed the use of consonants. These changes resulted in the creation of a unique phonology structure that is common in these languages. This law is also known as the First Germanic Sound Shift or the Rask’s Rule, named after one of its proponents Rasmus Rask.

9. Vowel Qualities. While English only has five representative vowels, the number of pronunciation these vowels create are much more than five. Considering most English dialects, there are more than ten vowel sounds. Other languages also share this unique feature. Swedish counts more than 17 different vowels sounds. Both Dutch and German have about 14 vowel sounds, while Danish has around

10. Word Order. All Germanic languages share this. When it comes to word order, a verb should be preceded by an adverbial element, a noun phrase, for example. Additionally, the subject should always follow a conjugated verb. While this is not at all prevalent in the English language, this rule is more commonly accepted by other Germanic languages.

CONTACT US AT ANY MOMENT WITH YOUR QUESTIONS
Live chat
10 Things All Germanic Languages Have In Common was last modified: June 18th, 2020 by admin