There are many companies operating in both Germany and the Netherlands and as such, accurate Dutch to German translation services are always needed, yet hard to get. We are here to make sure you get accurate translations for any language combination at a fair price! 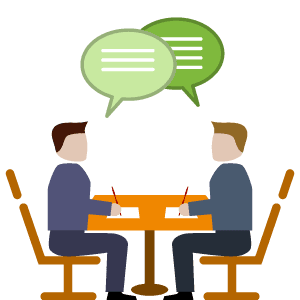 When are Dutch to German translation services needed?

You have a significant European assignment, and you need to have accurate Dutch to German translation? These two languages feel far away because you have never heard of any connection between these two languages and they are also pricey, so you are anxious about how to get the translation that you need in good time?

DutchTrans is here to decipher the tremendous Dutch to German route that will help you understand the European translation culture in a better way. We have written this page to provide a practical and straightforward example of how businesses in Europe need translation services even if they activate only within the European continent, but also to assure you that no matter how different two languages may be, you can always have your documents translated in a professional way with us.

At first glance, Dutch to German translation services may look unneeded, yet when you are a Dutch business operating in Germany you will probably need it as none of the countries would use English as their business language. You will have the same need as a Dutch individual wanting to live in Germany as even though you may be speaking English, you will surely want to integrate into the German society and that comes with translating your documents into German.

Your benefits in working with us 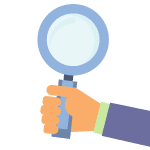 Beside providing Dutch to German translation services we can do any language combination. Although we are a Dutch translation agency, we are working at a global level from our offices in Amsterdam and London, serving clients from all over the world and our team of professional translators can translate from and into over 100 languages. 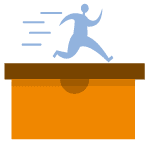 We are always available should you have any questions before, during and after the project. You can always call us or send us an email, but our live-chat feature is the fastest way to get in touch to ask for a free quote or to have your questions answered in no time. Free quotes are sent in under 5 minutes and questions are answered live, at any time. 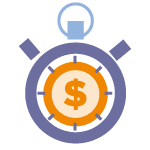 Accurate translation doesn’t have to be highly expensive and this is why we sport affordable translation rates no matter the language combination or the type of document you need to have translated. Whether your translation needs are large or small, you can always count on us to get your translation at a fair price.

Dutch is the language of the Netherlands and a critical language in European dealings. You will need this language if you are going to work in the Netherlands or conduct any business there. The reason is that the Netherlands does not speak English virtually at all. It is a curious phenomenon, but most third world countries have picked up English like it’s their second language, but most of the European nations work in their words and do not take up English for any real communication purpose.

The Netherlands reads, writes, signs and completes all of its business in Dutch and as it as a hub of innovation and is a country of growth and prosperity; most foreign companies dealing here will need Dutch translation services.

Germany is most famous for its free universities and their requirement of learning German if you want to study there for free. It is also the hub of automobile innovation with German cars considered the best in the world by a long mile. Germany also only speaks German and German individuals have a hard time learning English even when they have to. Most individuals learn German when they work or study there as that is the best manner to settle into their society.

While there are other solutions when it comes to Dutch to German translation services, like using English as a middle language, they get more expensive and some of the meaning of the text could be lost. If you’re a Dutch business dealing with Germans, you will need professional German to Dutch or Dutch to German translators, and we can help you with that at affordable rates.

Any solution for affordable Dutch to German translation services?

European languages are expensive by nature as the European translators are earning in Euro and they spend the money they earn in Euro, so they need to ask for little higher rates per word for their languages.

German is one of the most expensive European languages because the language has an inbuilt specialization to it. It means that all the content that comes in the German language is usually technical. Not many people are launching their brands from all over the world in German; they are learning and sharing technology. The futuristic feel of the language makes the rates even higher because most content demands exceptional linguistic capabilities.

If inter-European translations are so expensive then why are so many individuals getting these translations in bulk all the time? The reason is that the translation need has pushed the industry into finding solutions that they were not initially looking for. Individuals search for ways to find translation methods that are cheap and will reduce translation prices. How do you get reasonable prices from highly credible translation agencies in this day and age?

While there may be fast and near-free solutions like machine translation, the output will probably be a mess and even if you have editors, it could cost more than the actual translation.

The translation software has become the cornerstone of the modern translation industry. The translation that is conducted through the use of this software is high in quality and the translators will not have to spend days translating the content.

The main benefit of translation memories and CAT tools is in price reduction. When you are working with the software, the Dutch to German translation services cannot be quoted at the same rates per word. The conversion can only be priced based on matches, and the whole purpose of the tool is to reuse past translations into current projects. The translation prices become much more comfortable to companies dealing with high needs and repetitive content.

The software stores all previous translations that it has seen and then comes up with matches and repetitions that are identical to the content in your current project. The work that is conducted this way is the most accurate translation that can be produced through computers and humans until now. The resulting translation is a team work between human translators and computer memory and as such, it is highly accurate.

Why do translators use such tools?

You must be thinking that a software device that does the translation for the translators has to be a dangerous prospect for any professional translator. You are wrong in that idea because the tool does not translate on its own, it is only helping the linguists to reuse past translations into current projects. Translators are loving computer assisted translations because it frees them up to do their tasks rather than sit with one tedious translation for a week. They also get to take multiple assignments and deliver a lot of work that in turn makes them considerable money and gives them success in their field.

These are the modern ways of improving the translation trade because it has become a crucial part of modern communication.

There are still clients that do not want such tools to be used, and we use CAT tools only when the client specifically asks for them. The reason why most clients get back to us when they need more linguistic help is high accuracy and low rates. Our standard rates are probably the lowest in the industry for this level of quality, and we do our best to continue improving our workflow in order to provide higher quality services at even lower rates. 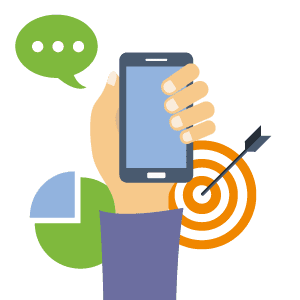 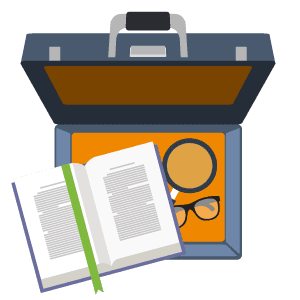 Football isn’t the only thing that’s associated with Germany. It is the most populous state in the European Union. With a very high GDP, the people here enjoy a lavish standard of living. Another thing that’s rising to prominence continuously for almost a decade now, is the German language. The German movies, series and literature are gaining critical acclaim in social and entertainment circles; all the more reason for Germans to be proud of their language, but also a reason to use English to German translation.

While art lovers all across the globe need a German to English translation to get amused by their excellent storyline and execution, they need English to German translation to stay connected with the German speakers. Germany with all its heavy achievements is also a place for opportunities, the new horizons for tech mergers and import exports in the region. Advertisement in Germany is totally impossible without English to German translation as the natives only speak and understand German language.

Regardless of the need you might have, we are her to assist you in all sorts of German translations. Our translators are well versed in both English and German language and will take care of your translations with perfection and quality. So when you are looking for translation services in UK, DutchTrans will always be there for you.

We don’t offer just Dutch to English translation services, we are an all-in-one translation company which provides linguistic assistance from and into any language and we work with document translation just as easy as we do software or website translation. Get in touch for your free quote whenever suits you, we are always available!