You want to translate to Dutch but can you really do this yourself?  It’s the oldest head-scratcher because you always think you can translate correctly when you know a little bit of Dutch.  However, if you aren’t proficient in Dutch then the chances of you getting an accurate translation is very slim, unless you’re very lucky and no-one is that lucky!  Though, still, thousands of you don’t realize why a professional is needed when it comes to translating.

Why Is A Professional Translator Important To Use?

First of all, you need a professional if you aren’t sure of the language.  Unless you are a native speaker or have spent time in the Netherlands or any other Dutch speaking country, you must choose a professional translator to translate to Dutch.  The reason why is simply because you don’t know the language well and you cannot translate whatever you need translated properly or accurately.

Native speakers can of course make mistakes but they can spot their mistakes whilst you cannot.  There are different meanings, different spellings and uses of certain words and if you don’t know the Dutch language, you are likely to make these mistakes.  However, to translate to Dutch by using a professional almost ensures these mistakes aren’t going to be an issue.

Does It Make Sense?

Also, when you translate words into another language, you might see things all jumbled around which of course doesn’t make sense.  However, it’s easy to spot these jumbled sentences when it’s your native language, but not when it’s in a foreign language you barely understand.  Do you think of checking it with a native speaker?  No, of course not, you think it’s right because you’ve translated using a software or some tool you found on the internet.  There are chances that what you’ve translated doesn’t make sense in any language and that’s why a professional translator is a must-have.

No-one really likes to spend hours and hours trying to translate magazines, sites, documents or letters into another language they aren’t familiar with.  It can be a big nightmare because lots of things won’t make and a lot of confusion will ensue.  However, by using a professional to translate, you can sit back, relax and have nothing to stress out about.  Will you remove the stress of translation by using a professional translator? 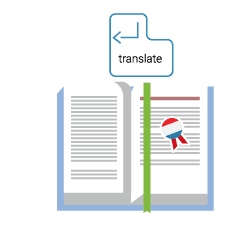 Although we have so many technological advantages in the form of tools, software and resources, we still haven’t found the way to replace human intelligence and skill completely. Studies have shown that the human brain is too powerful to be replicated. Even the most advanced form of Robotics and AI are far behind the cognitive skills of the human mind.

Due to this marvelous quality of our brains, we can learn, memorize and resolve situations on the basis of the knowledge we gain. And a professional translator’s mind is full of the knowledge of the two languages in which he or she can translate. Languages are not easily learned, you may get used to speaking in a certain accent after living for a while in a certain place but to understand the usages, terms and grammatical structure of a language are learned through proper courses. And this is why when you have a need to translate to Dutch, you should always seek professional help rather than relying on a software or tool. 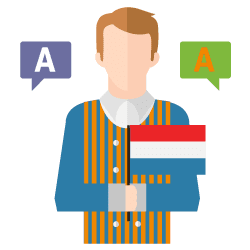 Questions? Get in touch 24/7
LIVE CHAT WITH US
4 Reasons Why You Need A Professional Translator To Translate To Dutch was last modified: June 19th, 2020 by admin
Share
Print page
0 Likes