If you are not holding your phone at the moment, that means you are using your computer or laptop, because the truth is, all of us have a hard time staying away from technology. In one way or the other, we are always connected to the digital world. Sometimes, we have to post a picture to let our friends know that we are having fun, other times, we wish to inform our twitter audience about a funny occurrence. In any case, it is irresistible to stay away from technology that connects us with millions of people around the world in an instant. Although many people question whether or not the internet is good for our moral well-being, no one can deny that it has helped us in countless ways and continues to do every single day.

Get To Know The Dutch Language:

This vernacular has an Old and Middle version before it reached the current face. However, a lot of English speakers are not aware of the fact that their tongue is closely related to both Dutch and German. All three can be called Germanic languages. They have plenty of similarities but also have a few unique characteristics that make them different from each other. In some ways, Dutch is closer to English, and in other ways, it resembles German more.

The Dutch settlers went to Africa and made it their new home. When their vernacular came into contact with the local tongues, it ended up becoming a new language known as Afrikaans. Today, it is spoken by over 15 million people, most Dutch of whom can be found in South Africa, where it is also officially recognized. Afrikaans is mutually intelligible with Dutch and is considered its daughter language. Over the years, as the Dutch immigrated to different parts of the world, the language also ended up gaining importance across the globe. 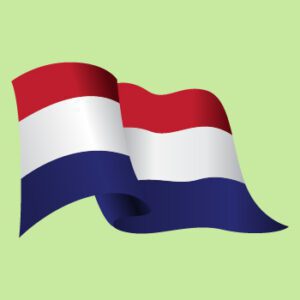 You will have at least a dozen apps on your phone right now. Even if you only use the basic social media apps, there are also those that come with every phone, which means everyone has to rely on these applications from time to time. You can set alarms and reminders on them, add important events on the calendar, and send emails to your friends and colleagues. But did you know you can also use apps to get linguistic assistance? Well, now, you do. There are plenty of language apps out there that make it easier for people to communicate with foreigners when they are traveling. Here are the best Dutch language apps: 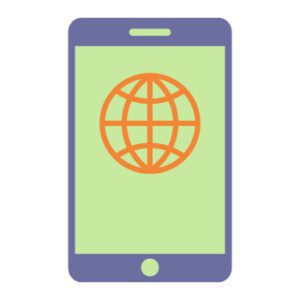 Although you can go straight to the applications that are dedicated to Dutch only, it is better to look at a couple of interesting options. Google’s app has been around for over a decade now and is also the most trusted one in the market at the moment. It offers multiple features that allow people to take pictures of text and find its translation. It also works with voice support. You can get any combination of the Dutch language apps. The app is free, and there are no hidden purchases, unlike most of the popular applications. The voice support feature allows people to engage in conversations easily despite not knowing each other’s vernacular. The app also works as a dictionary and offers translation and examples after each search.

Another application that is worth checking out was created by Microsoft. Although it was released a lot later after Google’s app, it has some pretty strong features that have allowed it to attract a great userbase. It also comes with voice support and has a dictionary option. Above all, people can use it to text each other. This is a feature that made Microsoft Translator popular among all teenagers and kids. It uses a special type of machine intelligence, which helps it to be more accurate than other apps that are available in the market.

This app from Bravolol has many awesome features. If you are planning to learn the vernacular, then this could be the best companion for you. It not only has a huge database of Dutch words but also offers correct pronunciation for each of them. This feature can be helpful for those who are not familiar with the vernacular. They can pick up new words and learn how to pronounce them at the same time.

Created by Suvorov-Development, this is a simple and clean app for Dutch translations. You can get the translation of all of your searches within a second. However, the app does contain ads, which can be a bit of a problem for some users. You can also rely on this one while traveling and get the linguistic help from it to communicate with the natives. You can also keep track of your search history and look at the terms and phrases later to measure your progress.

Learning a new vernacular or surviving in a foreign country on your own is not as easy as some influencers might make you think. However, if you have the right tools in your pocket, you can cross this difficult path with relative ease. An app will be able to solve a lot of your linguistic problems. It is something you can rely on whenever you are traveling to another country or trying to learn a new vernacular. You will also be able to pick up the pronunciation of foreign words with these apps.