Want to do Business in the Netherlands? You’ll Need a Business Expansion Plan

14 Dec Want to do Business in the Netherlands? You’ll Need a Business Expansion Plan

Tourists come and go to the Netherlands yearly, due to attractions, though some meant business. This country is the bulk fields of the North & South of Holland with lots of beautiful coastal areas that offer water sports and pristine beaches, river and canals.  Both the rural and the towns have something to offer to newbies who wished to discover the Netherlands.  Dutch translation is needed in your business expansion plan if you want to expand your business’ reach from your country of origin to the Netherlands.

Why you’ll need Dutch translation in your business expansion plan

Dutch is the native language spoken by people in the Netherlands. It is being spoken throughout the nation. On the other hand, in the province of Friesland, their first language of around 500,000 people is Frisian and not Dutch. It is a German based language. This country has a lot of migrant workers who speaks their native tongue with Dutch as well. A lot of people in the Netherlands have good English speaking skills, especially those who are in the field of education.

The Netherlands has an advanced and very rich economy; it also enjoys a good reputation for having a very stable economy. Though, negotiating with the trade unions is not a typical process anymore, because of the advent of internet and modern technology, learning how to speak and write in Dutch is still important. However, this can be solved easily just by simply hiring a translation company to do this complex task. The workers in the Netherlands are highly educated, they are well motivated and most of them are multilingual too.  But that doesn’t mean that Dutch translation is not important in your business expansion plan anymore, because if you offer products or services to target the masses, your website content must be localized for an ordinary person to understand.

If your business expansion plan includes a lot of things, we can certainly give you one piece of advice, focus on the most lucrative business tool of the digital world, Translation services. For people who are looking to hit the Dutch market, we are sure that they have already decided to choose Dutch translation for their advertisements and promotions.

But do you know that Dutch translation is not as simple as you might consider it to be. Your best bet at Translations is a company that offers Dutch translations. However, the company you should choose must understand your needs and must be able to deliver subjectively. For instance, if you have an app that you want to launch in the Netherlands, you’ll have to localize it. And for a local dialect, usage and terminology, you can only trust the native translators.

Dutch Trans, with its highly talented team can provide proficiency in Translations. Our native Translators will cater to all your needs in the most professional way. 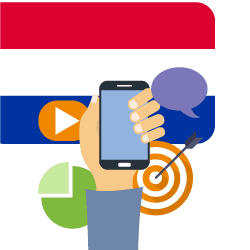 Questions? Get in touch 24/7
LIVE CHAT WITH US
Want to do Business in the Netherlands? You’ll Need a Business Expansion Plan was last modified: June 19th, 2020 by admin
Share
Print page
0 Likes