Differences between Flemish and Dutch

14 Oct Differences between Flemish and Dutch

Are there differences between Flemish and Dutch?

Dutch is the language spoken in the Netherlands and most of Belgium. Flemish is a dialect of Dutch and mostly spoken by Belgians in the North, specifically in the West Vlaanderen, Oost Vlaanderen, Antwerpen, Vlaams-Brabant and Limburg. They are mostly the same in terms of grammar and differ only in certain words and their pronunciation. Flemish and Dutch have often been compared to American English and British English which have almost the same words except for a few notable exceptions, and the accent is different.  Imagine someone with a cockney accent talking with someone with a western twang. Similarly, Flemish sounds soft like French, while Dutch sounds comparatively rougher and leans towards an English type of tone.  Only a native speaker will be able to spot the difference.

There are resources online available if you want to learn Flemish. But for translations there is no in-depth database or program for Flemish. Even Google Translate does not have Flemish in its options. So if you want something translated to Flemish who can you turn to?  Only to the native speakers, the Belgians living in the North. And not just any Northern Belgian. Flemish varies from district to district, the Flemish in Vlaanderen is not the same as the Flemish in Antwerpen. Even those living a few kilometres away may not be able to understand each other. So if you need something translated, you’ll have to get Flemish translation services in order to make sure a native is being assigned to your job.

You may opt to speak or translate only to standard Dutch instead, you will be understood for the most part. Television programs broadcast in Northern Belgium are subtitled with standard Dutch. It is the fall-back language between people with differing Flemish dialect variants. But there would be instances that some words would be misunderstood or incomprehensible. Flemish speakers admit that they have trouble understanding the “heavy” Dutch spoken by people from the Netherlands. Some time to explain the unknown words may be necessary but for some people this can be irritating and a waste of time, possibly leading to a breakdown in communication. Also Dutch tends to be casual, while Flemish would continue to be more formal and polite. For a Flemish person, Dutch can border on being impolite.

You can also opt to speak in French. The Belgian government has long wanted to make French the official language of Belgium, and it is for the most part the languages of the government and businesses. But the Northern Belgians had long resented the imposition of the French language and prefer Dutch. If you want to foster relations with Northern Belgians, Flemish and Dutch is the way to go, and no one can know these as well as native speakers.

Languages are tricky. They can be sometimes very different from the other and will also put you in amazement by revealing some very common terms, just like Flemish and Dutch. They both may sound the same to us but the natives can point out the differences between the two. Well, that’s why people insist on having natives on board.

At Dutch Trans, we understand these minor differences and we can translate both Dutch and Flemish without any trouble at all. Our native Dutch translators have spent their childhood growing in the Netherlands and for them, every word of Flemish and Dutch has a meaning of its own. Thus, they translate accordingly. If you have a document that needs to be translated into Dutch or Flemish, you can submit your information to us and our seasoned translators will take care of the rest. 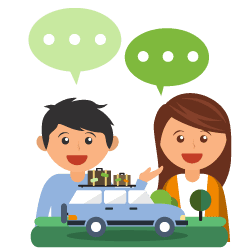 Questions? Get in touch 24/7
LIVE CHAT WITH US
Differences between Flemish and Dutch was last modified: June 19th, 2020 by admin
Share
Print page
0 Likes