Do You Know How To Say Prince In 20 Different Languages?

26 Dec Do You Know How To Say Prince In 20 Different Languages?

There is nothing more powerful than imagination. If we can imagine something, we can work to achieve it too. But when we limit our thinking and start putting restrictions on our imagination, we fail to achieve important things in life. Everyone is born with the power to imagine things. A kid’s imagination is the best as they are not much familiar with reality at their age. They can imagine anything they want and they do. But as they grow up, they are told by their parents and the society to think realistic thing. Unfortunately, that ends up killing their creativity. A lot of people who had the power of story telling ended up in boring jobs just because society told them to live in the real world.

There are no guards to control imagination, therefore we can think whatever we want. Some kids make up friends that are only in their imagination. Some make up scenarios in which they do something heroic and become a superhero. Some dream of joining the royalty or being born as a prince. This is why toys are made to look colorful so they can live up to the imagination of a child. If kids are allowed to continue this type of thinking, they can grow up to be great artists.

There are plenty of ways to express one’s self but art is the best option. Painters can pick the color that best represent their feelings to paint a masterpiece. Poets can write verses that best express their emotions. Authors can create characters who resemble them and live through the protagonist of their story. These methods are what keep people sane. The rest of the world read books to find themselves in a character and visit museums to see the colors of the paintings that speaks to them.

One of the things that everyone wished for at least once in their lifetimes is to be a prince or princess. At their young age, children want to be a part of royalty so they can wear fancy clothes and get tasty things to eat whenever they want. But in real life, royalty isn’t like that. There is more to it than just fancy dresses and tea and biscuits. However, many people continue to want the title of prince or princess, even if it is just a ceremonial position these days. And if you think it was only your thinking in your childhood then you are wrong. Everyone grew up with the same dreams. 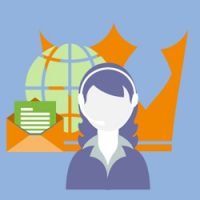 There is something fascinating about being a prince that captivated the minds of boys all over the world. Regardless of which country they were from, all of them wished they were a prince and could ride a horse. Children’s movies didn’t help either as they only promoted the idea of royalty. All the kids wanted to live the life shown in the cartoons. Living in a castle, surrounded by beautiful scenery, and respected by the people of the land, that’s what everyone wanted. 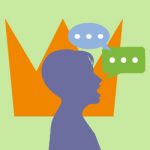 Do You Know How to Say Prince in 20 Different Languages?

There are over seven thousand known languages in the world. We may have had the same experienced in our lives, but we didn’t grow up speaking the same languages. This is why our dreams were also in different tongues. So, if you have ever wondered what the word prince is called in different languages, you are about to find the answer.

Here is how to say prince in twenty different languages:

Now you know that when you were dreaming about becoming a prince, you weren’t alone. All around the world people are hoping for unique things all the time. So, it isn’t uncommon for someone to want something that looks impossible. It is up to the parents to protect the imagination of their kids and let them dream.

Questions? Get in touch 24/7
LIVE CHAT WITH US
Do You Know How To Say Prince In 20 Different Languages? was last modified: December 26th, 2019 by admin
Share
Print page
0 Likes