The Dutch coffee, and what “koffie verkeerd” actually means 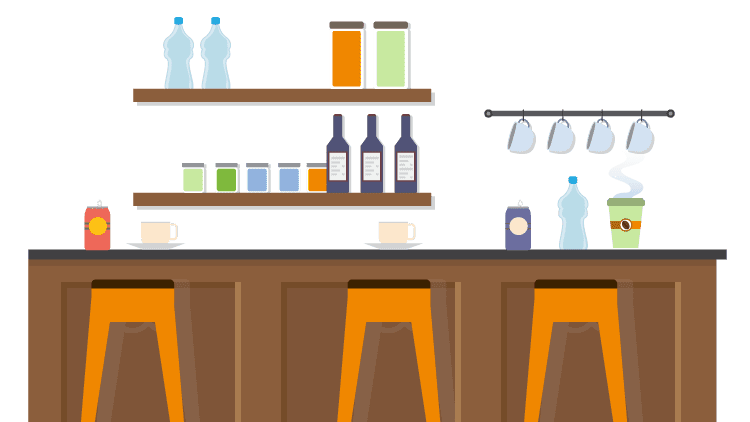 13 Oct The Dutch coffee, and what “koffie verkeerd” actually means

The Dutch have enjoyed drinking coffee for quite some time. But, which is the best Dutch coffee? How much coffee the Dutch actually drink? We’ll try to answer these questions below.

The Dutch coffee and their habits

Coffee houses, also known as koffiehuizen, have become a big part of the Netherland’s city landscapes from the early 17th century. In tradition, only the men would visit these coffee houses to read their morning paper, smoke their tobacco pipes, and talk about politics and discuss business over cups of steaming hot coffee. Women rarely enter these coffee houses and prefer drinking it at home.

Slowly, coffee turned into an important daily beverage as people serve at breakfast and lunch, and even dinner at 6 and 8pm. The Netherlands turned into a nation that loves coffee and remains that way until now. The Atlantic says that the country is the currently topped in the world’s biggest coffee-drinking nation, averaging 2.4 cups of coffee per day per person. That actually means a lot of Dutch coffee is being served daily in the country.

However, 2.4 cups of coffee doesn’t sound like it’s a lot. On average, some people drink 4 or 5 cups of coffee a day (one at breakfast, one in the morning at work, one at lunch, another cup at work with a cookie, another one for dinner, and a last cup at 8 in the evening). With the given average, it feels like people have either stopped drinking coffee or somebody isn’t pulling their coffee-drinking weight.

How to drink a Dutch coffee

Some people say that the Dutch only give one cookie with your coffee because they are stingy. This is not true. 9/10 Dutch will insist that cookies are integral part of a coffee-drinking experience. This would explain why you usually get a piece of chocolate or cookie when you order coffee. And since the Dutch always drink several cups of coffee, they will also get several cookies as well.

Koffie verkeerd, which literally translates to “wrong coffee”, refers to the typically Dutch coffee (or more to their way of drinking coffee): 1/2 of automatic drip coffee with 1/2 warm milk. It is labeled “wrong” because coffee traditionally has a small cloud of milk or “wolkje” only.

Here’s a recipe for Koffie Verkeerd:

Warm the 4 oz of milk until it boils then add hot coffee into the mix. Stir. Serve. Drink it with cookies.

Both our offices in the Netherlands are packed with coffee, come visit us in Amsterdam, Hoofddorp or even in London and we’ll answer all your questions in regards to your translation needs while serving a Dutch coffee (on us of course). 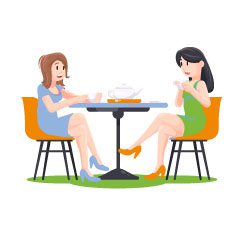 Dutch coffee drinkers with a proper intake, two to four cups per day, had a 20 percent lower chance of heart disease compared to those drinking less than two cups or more than four cups.

Although not considered vital, moderate coffee consumption slightly decreased the risk of heart disease death and deaths from all causes.

Dutch Coffee will let you see coffee in its purest and fullest form and will surprise you with great essences you wouldn’t find in the same coffee when using a hot brewing method. Dutch coffee in itself is a great product either brewed warm or cold. All the great aromas you smell when brewing a hot cup of coffee are flavors that evaporate into thin air. Using a cold brewing method will enable you to store all these great aromas in your coffee. When Dutch Coffee heats up in your mouth, all these aromas will be released assuring a burst of taste.

Questions? Get in touch 24/7
LIVE CHAT WITH US
The Dutch coffee, and what “koffie verkeerd” actually means was last modified: June 19th, 2020 by admin
Share
Print page
0 Likes