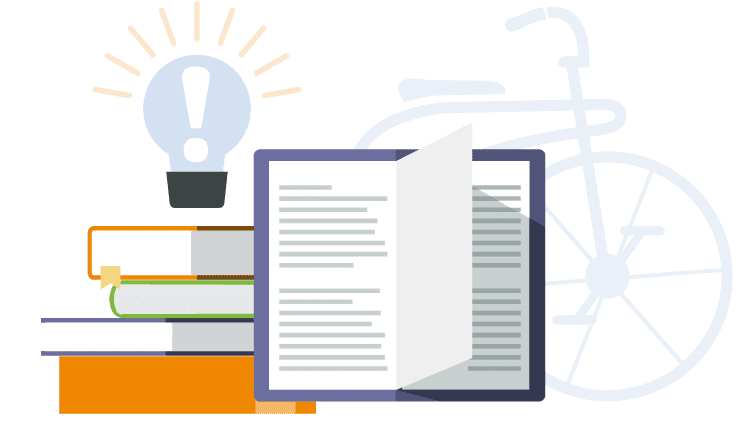 All about the Dutch Language!

What do you think about the Dutch language? Do you find yourself confused or amused in the Netherlands or Belgium? Well, it’s not just you! Dutch is even more exotic than you thought. Please take a look at these interesting facts about the language.

Tired of reading? Download our infographic as an image, or you can

get it in PDF format from here. 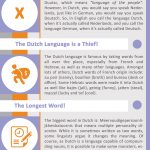 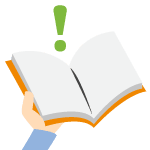 DutchTrans can tell you that  languages Dutch, German and English have some similarities, as Dutch is probably somewhere in the middle between English and German. Dutch is more akin to English because it doesn’t have the cases German does and where German has three definite articles, der, die, das and an English one, there, Dutch has two, de, and het.

You probably know some words!

There are a lot of words in English that are very similar to their Dutch cousins, and here are some examples of that:

1st written words date back to the 6th century!

The earliest Dutch writing is considered to be a love poem scribbled on a paper to a writing implement in the 12th century. It was written” “Hebban alla vogalaestas hagunaan hinase hic enda thus. Wat unbidan we nu?” However, the current oldest manuscript written in Dutch turns out to be an old book on Sali law for the sixth century.

The Dutch Language is a Theif!

The Dutch language is famous by taking words from all over the place, especially from French and Hebrew, as well as many other languages. Amongst lots of other languages. Amongst lots of others, Dutch words of French origin include: as pair (nanny), bouillon (broth) and Bureau (desk or office). Some Hebraic words made it into Dutch as well like bajes (jail), geinin (funny), jatten (steal), mazzel ( lucky and to cool).

The most significant word in Dutch is Meervoudigepersoonlijkheidsstoornis that means multiple personality disorder. While it is sometimes written as two words, some linguists argue it charges the meaning. Of course, as Dutch is a language capable of compounding nouns, it is possible to make some monsters, especially when it comes to bureaucracy. 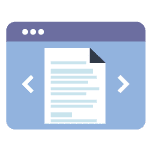 There are a total of eight consonants in Dutch. What you do is called an angstschreeuw, which means a scream of fear. English does hold its now with the seven consonants of rhythms, but that’s the only common word with so many. On the other side of things, the Hawaiin word hooiaoia, meaning certified, has eight consecutive vowels.

Dutch is a regulated language.

The Taalunie is a public organization managed by the Dutch and Flemish ministers for culture and education. It is responsible for both standardizing the Dutch language and promoting it and the culture around the world. Algemeen Nederlands, or AN for short, is Dutch for Standard Dutch, and it is what is taught in the schools of Dutch-speaking countries.

DutchTrans is here whenever you need Dutch translation services, or translation from and into any language.  Give us a call or get in touch by live-chat 24/7.

Questions? We have the answers! Live chat with us now!
Interesting facts about the Dutch language – infographic was last modified: June 18th, 2020 by admin
Share
Print page
0 Likes