Speculations say that the Dutch language and culture will probably disappear in about 100 years. Most of the citizens in the Netherlands and Belgium can speak English, French, or German, and a lot of them are not even aware that Dutch is a language. This preference in using foreign languages could be the demise of the country’s culture.

Why the Dutch language will disappear

English has been the most popular language for music for years. This is true not only in English-speaking countries, but also in the Netherlands. In fact, almost all songs in the top charts are in the said language. Sadly, the Dutch musicians don’t use that much the Dutch language in composing songs.

Moreover, English is also used as the language of business, especially in Belgium and Holland, This seems like a reasonable decision as they do have to attract international investors and customers. Import and export trade is after all considered to be the lifeblood of the economy. 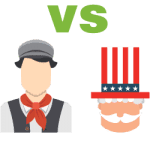 Lastly, English is also used in the academic environment. Because most universities and school organizations want to attract foreign students, professors are convinced to use English as the medium of instruction; thus, putting Flemish and Dutch on the sidelines. English is used even if majority of the students are Flemish and Dutch, which is quite ironic. Since the most educated in the country are given instructions in English, it’s expected that they will prefer using it and soon see their native language as an aboriginal dialect. This is something that should be prevented so Dutch language can be saved.

The number of people speaking English in the Netherlands is high, and still increasing. However, the Dutch language is not dead YET. It’s still used at home, in the pubs, for business, etc. The Dutch language is still highly required by our clients who need Dutch translation services. The language still retains the feeling of friendliness, merriment, and coziness. However, if the trend of using foreign languages over the mother tongue continues, it might be dead in the near future. 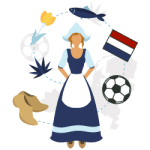 Another area where the Dutch language is lagging behind is its little usage. Even in Holland, all of the software programs, their manuals and instructions are in English. Due to which more and more people are compelled to learn English. Apart from that, with lower interest in literature, Dutch people have begun to write only in English and even if they write in Dutch, they write the complex words by breaking it in sub parts which is grammatically wrong in Dutch yet they are not aware of it.

This lack of knowledge about the Dutch language is paving its road to elimination in more than one ways. And the worst part is that no one is really concerned in reviving the Dutch language. However, as linguistic specialists, we would hope that Dutch language remains as prominent and fluently spoken in the Europe as it once were.

Questions? Get in touch 24/7
LIVE CHAT WITH US
Facts that the Dutch language and culture will disappear in 100 years was last modified: June 18th, 2020 by admin
Share
Print page
0 Likes