Dutch vs German: Differences Between the Two Languages

20 Sep Dutch vs German: Differences Between the Two Languages

There are a lot of differences when it comes to comparing languages in general and Dutch vs German makes no exception. Find out what the main differences are in this article.

Dutch is a unique language with a lot of interesting features. It’s most notable for being within the same language family as German but closely similar to the English language. In other words, it’s the link between the two languages. Dutch, however, can’t be described as the mixture of German and English. It has unique characteristics that clearly set it apart from the two. In fact, tracking the similarities and differences between German and Dutch or English and Dutch is quite easy.

Here are the main differences between the two languages in terms of pronunciation:

-ch sound varies depending on dialect

sch has the “s” sound plus “ch” sound

sj has the English “sh” sound

n sound at the end of the word is not pronounced

oe has the “oo” sound like “boot” in English 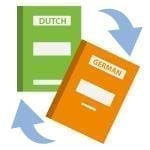 Dutch consistently has -s or -en for plural forms of words, and the rules in using them are easy. In German, there are varied and irregular plurals that are difficult to learn.

Dutch has only two genders– common and neuter. Common stands for both the feminine and masculine, while neuter stands for most objects without gender. However, German language has masculine, feminine, and neuter.

In Dutch, you never have to apply cases with articles, adjectives, or nouns. You only have to use “de” or “het”. There’s no need to consider genetive, accusative, etc. either. On the other hand, German has a complete table for it including “den, die, das”.

Verbs that end in -eren usually require the prefix ge- (Dutch) and -ieren (German). With verb orders, Dutch is more like English. However, German is reversed. But you must note that there are cases when Dutch uses the same format as German. Lastly, Dutch uses “gaan” to express future tense– something that is not possible in German language. Instead of future tense, you have to use the present tense.

Dutch never ends with a word that has two of similar letter. Thus, you can never write “ga” (to go) as “gaa” even though it has an open sound. The same is similar with “wil” (want).

Another thing is that you can use ‘c’ in Dutch at the beginning of a word, but in German, it’s only used so with loan words.

Usage of capital letters in Dutch is more or less the same as that of English. Exemptions include days of the week. On the other hand, German capitalizes almost all nouns.

There are many turns of phrases in Dutch. For example, you can use “van” to pertain to today, this morning, or tonight.

There are a lot other differences when it comes to Dutch vs German. This includes their history and evolution. However, it’s something that you can only deeply understand with years of studies. Since summarizing them all is impossible, you need to dedicate a lot of time and effort in order to master one or both languages, and when it comes to providing translation services this is a must.

Regulation – German is not regulated officially. Dutch is regulated by Nederlandse Taalunie.

Case System – German has 4 cases. Dutch no longer has the case system.

Subjunctive – German uses a subjunctive form. Dutch does not use it.

Easier plurals – In German, the irregular and quite varied plurals can be quite difficult for learners, but in Dutch it is consistently -en or -s, and the rules for which to use are easy to learn.

Capital letters – Dutch follows some of the similar rules as in English unlike German which capitalizes every noun.

How about the people?

Dutch vs German in terms of people. Both languages are beautiful in their own way. Dutch and German are referred to as Germanic language which means they do have similarities. While some words that are written exactly the same have very contrasting meanings. So translating them requires high caliber of expertise and in-depth knowledge.

Germany and the Netherlands though geographically conjoined by borders aren’t quite similar in their ways of living and approach towards life. Apart from language differences, the lifestyle of the two is also quite disparate in a number of ways. Like we can’t expect two siblings to be alike and act alike, similarly two separate countries though next to each other can’t be expected to have same values and morality, rules and regularities. Let’s have a glance down their differences through the following jotted down points. 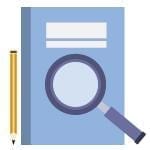 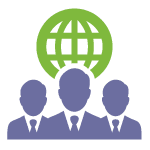 While Germans and Dutch are almost always on time it is one of them who is more punctual than the other by the difference of a few seconds to minutes. And that is none other than Germans who are very serious about their commitments. They wouldn’t show up later than expected. They usually go earlier or exactly on time, not a second late by any means, while the Dutch are most often late by a margin of 2 to 5 minutes. 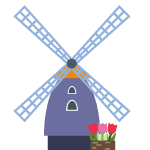 Football is both the strength and weakness of both the countries. They always get competitive when it comes to football. While the Germans take it as a serious business showing little to no flexibility when it comes to rankings and is always striving for being on the list of champions. Dutch, on the other hand, are not so hard on themselves and though it is a pride for their country they are usually friendly about the same. 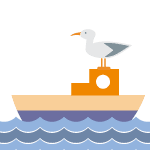 Who is traveling more? Dutch vs German? It is quite interesting how both the countries spend their hard earned money on holiday travel. Germans are quite generous about their spending on booking luxurious resorts and suites for their long holidays. Where they spend their money they possibly earned the whole year long. Dutch, on the contrary, are quite careful with their spending. They rarely or never at all go on vacations abroad that could exceed their savings. They save wisely and spend wisely. 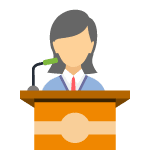 Lavish spending and their choices

The people of every country have their own liking and disliking and they never really refrain from showing it off openly. Generally speaking, the Dutch are big on crazy about houses and apartments with big windows. The Windows that can give a fine view of the house and tell about the fine taste and earnings of its residents. Germans, on the other hand, have a great taste for cars. They prefer having cars of a good brand and spend lavishly on the same.

Dutch vs German? How about the countries?

Enough with Dutch vs German, how about the Netherlands vs Germany instead? Dutch originated from the German language which is why it is as similar to the said language as it is different in nature. Germany remains to be the popular choice for immigrants in terms of its better services towards education, income resources and other viable managements that provide a better settlement option whereas the Dutch country follows a strict protocol in terms of the immigration process.

The Dutch country, however, is easier to get blended in because of their natural instinct towards learning a foreign language; English easily whereas Germans follow their strict principles of learning and processing in the German language, they are proud to present their language at the global scale and refrain from empowering English on their local terms.

The Dutch country is more expensive in its terms of economy and comparatively smaller than Germany; its population being 16 million to a whopping 80 million of the Germans in comparison, fails to attract people wishing to pursue the act of immigration from their respective homeland. This is why Germany is considered to be a feasible and popular choice preference when it comes to immigration ad moving out to settle into a new country.

At DutchTrans, we thoroughly have grasped the differences when it comes to Dutch vs German and we provide translation services for both countries. We keep these details handy so that we can deliver accordingly.

Questions? We have the answers! Live chat with us now!
Dutch vs German: Differences Between the Two Languages was last modified: June 19th, 2020 by admin
Share
Print page
1 Like