English to Dutch Translation: a fun infographic to review! 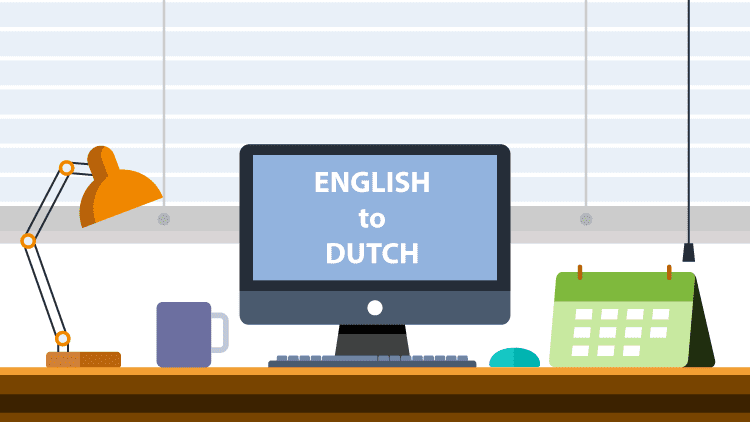 06 Feb English to Dutch Translation: a fun infographic to review!

English to Dutch translation easy to obtain? If you will collaborate with the right professionals, it  can be. We can be of help! Now we are going to give you some critical information about the English to Dutch translation, it is a bit similar with Dutch to English facts, but it also has a lot of particularities that might be interesting for you to know! Let’s find out more about that!

Main English to Dutch translation facts that you should know 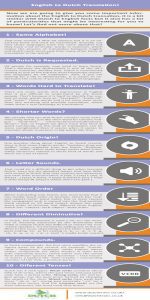 UK people, for example, may need to learn Dutch. That’s because the Netherlands is one of the UK’s closest countries. Besides that, Dutch is consistently ranked as one of the top five most frequently requested languages by UK employers. Also, if you are looking for a life in the Netherlands, it is easier to understand the culture if you learn the local language.

There are some words and expressions in English that it is difficult to understand by the Dutch people. That’s because it is hard to identify the context of some words such as: “facepalm,” “trade-off” and “spam.” These words and a lot more have more than one meaning and possible translations, which makes them a real challenge to translate! English to Dutch translations can turn out quite challenging. However, with the help of certificate translation services it will be much easier to get the results desired.

We already told you that Dutch contains some extremely long words, just like their words for Chronic Fatigue Syndrome: chronischevermoeidheidssyndroom. But, in English, we don’t have that kind of word commonly, so this kind of translation can be more complicated than it seems when it comes to translating whose sentences in big words like that. 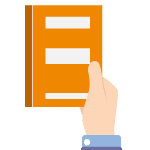 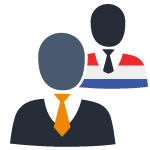 For English to Dutch translations, you must know that it has similar word order to German. Dutch has “subject- object- verb” word order, but in main clauses, the conjugated verb is moved into the 2nd position (verb second or V2 word order), almost the same word order of German, but different from English, which has “subject-verb-object” word order.

These are a few points that we thought we would share with our friends who are translating from Dutch to English. For translation services, call now!

These are a few fun English to Dutch translation facts for you to review and enjoy. We are here for all of your translation needs!

Questions? We have the answers! Live chat with us now!
English to Dutch Translation: a fun infographic to review! was last modified: June 18th, 2020 by admin
Share
Print page
0 Likes