How Many French Words Are in The French Language 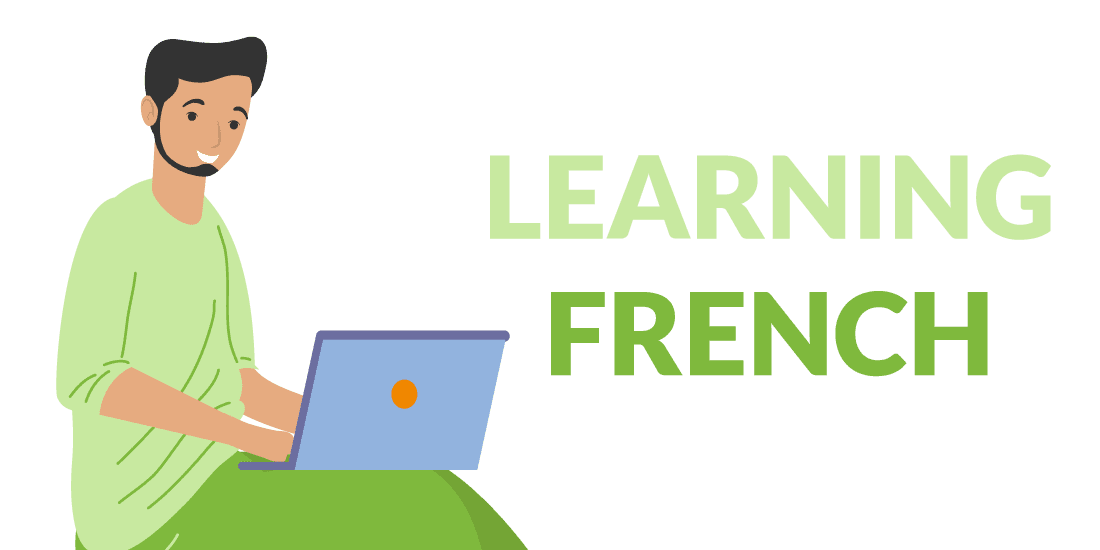 27 Jul How Many French Words Are in The French Language

How many words are there in the French language? As of 2014, there were around 300,000 French words in the official language database of France, but that doesn’t mean all of them are in use or even understood by native speakers. In this article, we’ll look at how many French words there are and why it’s so hard to answer that question. We’ll also look at some other languages to see how they compare!

The French language is estimated to have about 100,000 words. French is also an inflected language. However, French pronunciation can be difficult for English speakers. The passive vocabulary, or words that are understood but not used, is thought to be even more significant.

However, French speakers use a smaller percentage of their total French vocabulary daily. On average, English speakers use 7-8% of the English language on any given day. That number goes up when considering a person’s particular job or hobbies. Compare this to 1-2% for French speakers! 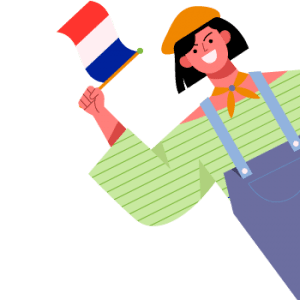 A Greater Variety of Adjectives

French language words often have a greater variety of adjectives than their English counterparts. This is one of the many reasons learning French can be so beneficial; you’ll have a richer vocabulary to describe the world around you. French words sound nicer than English words (mainly when spoken with a French accent). Adjectives are an essential part of any foreign language, and they’re vital if you want to speak correctly.

Most languages contain more different kinds of adjectives than nouns or verbs, and French is no exception to that rule, boasting numerous ways to describe not only your tastes but also abstract concepts such as time or emotion.

The Nouns and Pronouns

The difference is that these small number of words account for almost all everyday situations, so even if you could not use your knowledge from school, you would still be able to understand what people were saying. When looking at verb tenses, it’s similar. French speakers only have to learn 10-20 verb tenses, but since they each cover many uses, they can express themselves with more nuance than those who speak just one tense.

How many French words do we know if we speak English?

It is estimated that between 13% and 14% of English words are of French origin – around one in seven. So, if we speak English, we likely know quite a few French words, even if we don’t realize it. Let’s take a closer look at some of the most common French words used in English.

How many words do you need to speak basic French?

To speak basic French, you need to know approximately 1,500 words. However, this number is just a rough estimate, as it depends on various factors, such as your level of fluency, the context in which you’re speaking, and the regional dialect you’re using. 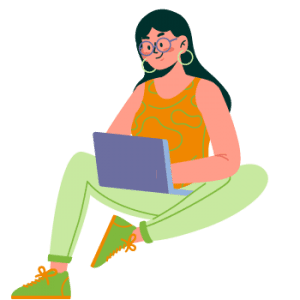 1. It is estimated that there are over 100,000 French words.
2. This number may seem daunting to English speakers trying to learn French, but don’t be discouraged!
3. While it is true that the French language has more words than English, this doesn’t mean that it is impossible to learn.
4. In fact, many of the words in French are similar to their English counterparts. For example, French is pronounced like frehN, and the French word for language sounds like Lahn-Gwen.

5. Furthermore, most French vocabulary comes from Latin or Greek roots, which also exist in English (i.e., masculine and feminine).

6. What’s more, all nouns in French end with a vowel or a silent e – these words are easy to identify because they can never start with a consonant.

7. The French language has fewer native speakers than the English language; however, it still ranks as one of the most spoken languages on Earth.

8. The French have been using their own written form since before 800 AD and have created numerous words not found in other languages.

9. We hope you will consider giving our tips a try so you can become fluent in French within no time at all!

10: Conclusion: Learning new languages expands your mind, increases your understanding of other cultures, and broadens your horizons beyond imagination!

Why are there French words in the English language?

The English language has been borrowing words from other languages since the Anglo-Saxons. However, the borrowing rate increased significantly during the 20th century due to the increased travel and trade between countries. The French language, being one of the most popular languages in the world, has had a significant influence on English. Some estimates suggest that there are over 10,000 French words in English today! Why is this so? It’s because many of these words were borrowed when people who spoke French traveled or traded with England during the 20th Century.

French texts are a great way to learn about French origins and culture. They can also be an excellent resource for learning new vocabulary. Here are five common French words that are used in English entree, adieu, amuse-bouche, hors d’oeuvres, and galerie.

If you’re studying French text at your high school or university, there’s no need to panic if you don’t know these words yet! You’ll get a chance to learn them as you progress through your French course.

How Many Words Do French Speakers Use?

One reason for the difference in word usage is that French has more words for specific concepts than English. For example, there are over 40 words for “love” in French, whereas there are only about 10 in English. French speakers have more ways to express themselves and communicate their thoughts and feelings. For example, a male teacher is an “enseignant” while a female teacher is an “enseignante.”

Another reason for the difference in word usage is that French speakers tend to use longer words than English speakers. French has more Latin-based roots, and Latin words are generally longer than English. As a result, French speakers often have to use more words to express the same concept. 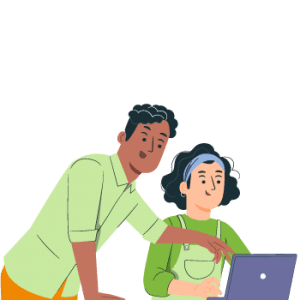 So How Many Words In French To Be Fluent?

One of the most important things to do when learning French is to immerse yourself in the language. This means finding opportunities to speak, read, and write in French as much as possible. The more you use the language, the more comfortable you will become with it. Additionally, it is essential to focus on learning common words and phrases. These are the words and phrases that you will use most often in everyday conversation. By understanding them, you can communicate more easily with native speakers.

Another critical factor in becoming fluent in French is having a good understanding of grammar. While grammar can seem daunting, it is not as complicated as it looks. Many resources are available to help you learn the basics of French grammar. Once you have a good understanding of the grammar, you will be able to construct sentences more easily. Additionally, you will be able to understand what you hear and read better.

Finally, it is essential to remember that becoming fluent in French takes time and practice. Do not get discouraged if you do not see results immediately. It takes most people several years of study to become fluent in a new language. However, if you are consistent with your studies and use the language as often as possible, you will eventually reach your goal. 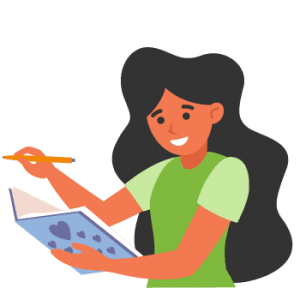 Use of Slang Words In French

It is no secret that the French language is filled with slang words. Many French people use slang words daily. While some people may view the use of slang words as being unprofessional, there are many benefits to using slang words in French.

One advantage of using slang in French is that it can make the language sound more natural. French people often use slang when speaking to friends or family members, and this can cause the conversation sound more natural and relaxed. Using slang can also make the speaker sound more friendly and approachable.

There are many French-speaking countries in the world, each with its own unique culture and history. We will explore three countries: France, Canada, and Switzerland. We will learn about their customs, their food, and their language. By the end of this essay, we will have a better understanding of the diversity of the French-speaking world.

France is the largest and most populous of the French-speaking countries. It is located in Western Europe and shares borders with Belgium, Germany, Italy, Spain, and the United Kingdom. France has a rich history dating back to the Roman Empire, and it has been a major cultural force in the world for centuries. Today, France is known for its fashion, wine, cuisine, art, literature, and philosophy. The French language is the official language of France, and it is also one of the most widely spoken languages in the world.

Which language has the most words?

According to linguists, the language with the most words in English. English has more than 600,000 words, while other languages have only a fraction of that. For example, Spanish has around 100,000 words, German has approximately 185,000 words, and French has around 200,000 words.

Is French worth learning?

French is a beautiful language that is filled with rich passive vocabulary. It is a language of culture and refinement. It can be used to communicate with community all over the world. Learning French can be a rewarding experience. It can open up new opportunities and help you to connect with people from different cultures. Whether you are planning to travel to France or want to learn a new language, French is worth learning.

Unlike English, the French language involves a lot of diacritical marks. The French language is rich in words that contain the letters a, e, i, o, u, and y. These letters can be found in many different combinations, and they often have unique pronunciations. While some of these words may be familiar to English speakers, others may be more unfamiliar. Nonetheless, all of these words are important to know to understand French.

Questions? Get in touch 24/7
LIVE CHAT WITH US
How Many French Words Are in The French Language was last modified: July 23rd, 2022 by admin