It is said that one of the most difficult languages to be translated is the Dutch language and the truth is, there are some strange Dutch words which are hard to translate. Dutch Translation is a seemingly daunting job because of some important components and selections that this language has. Just like English, Dutch is Germanic in origin, which makes it more difficult to speak. This means that, in essence, it does not have a completely Latin-based vocabulary that is present among other languages in Europe and has some weird dutch words. It has also been noted that the Dutch language sits nearly in between the English and German languages, while retaining each language’s characteristics. 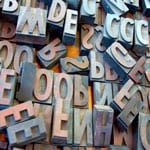 However, the Dutch language also utilizes some variants of the Latin alphabet, similar to English and other European languages being used today. It is quite uncanny to mention that the Dutch language, being nearer to German than English in the grammatical sense, does not lean towards the eminent hallmarks of the German language. Quite identically, verbs and syntax are utilized in the same manner as the Dutch language is to German. Notwithstanding the fact that the Dutch language is more closely related to German, it has evolved and has been simplified, requiring some characteristics and elements from the English language, and is therefore somehow related to its neighboring European languages. This has somehow made Dutch translation easier and manageable in that it is easier to translate Dutch to English than German to English.

Because some Dutch words are borrowed from what are known as the Romance languages of Europe, Dutch language is easier than German in grammatical structure. There is, however, vocabulary in Dutch that keeps its German tendency, specifically in naming new subjects and ideas, and thus resulting into a gigantic vocabulary that adds up to more than three hundred thousand words and phrases. Some of these terminologies and words are mostly borrowed from the French language and have been “localized” as part of the Dutch language. This is one great quality of our languages—they are flexible and adaptable, and can be practiced and “borrowed” up to a certain degree that such words and phrases are localized as being a part of a particular language or culture.

It has remained an intimidating and taxing job, though, for others who may have confused the Dutch language with the German language in grammar and structure. With time, the Dutch language translation is increasing more rapidly in vocabulary and terminology that is now borrowed mostly from English, and with decreasing proportion in structure and form as the language becomes easier and simpler as a grammatical entity.

There are three components why the Dutch language is considered peculiar. Firstly, Dutch (being similar to German) is difficult to pronounce. Consonants have to be hit hard in German; and in Dutch these consonants have to be hit even harder. It is said that when one learns to speak the language, one would experience pain in the throat as a consonant sound takes a heavy toll on the throat. Secondly, the Dutch seem to have a penchant for long Dutch words. Words that are composed of 30 or more letters are not unusual for this language. Just imagine these long words pronounced in rapid fire fashion. Lastly, there are so many consonants in the Dutch language. Words like, “zandzeepsodemineraalwatersteenstralen” can take up almost a minute to be pronounced properly when it just bluntly means “scram off”.

These are the peculiarities of the Dutch language which makes it an interesting language to learn. The strangeness of this language is what gives it its own unique character that makes learning languages, and translating them, a truly fulfilling job. Dutch translation is hard but full of surprises and rewarding.