No one knows what goes through the mind of a poet or an author and what persuades them to write what they write. They say that artists are unique, their ideas sprung from the very core of their minds and only they are capable of turning those mere thoughts into a masterpiece. Literature is something that millions admire, but not all of them can create it. Whether it’s a book, a novel, an article or a poem, the creativity speaks for itself. The meticulousness of the details is still there in modern fiction as well. Translation of literary works is perhaps the most challenging type of work. It is because putting literal meanings to such works isn’t enough. To think like the person behind such thinking is the real challenge.

What’s The Significance Of Literary Translations?

Literary translations are important for us in more than one aspects. The classic works of Shakespear are too beautiful to be not transformed into different languages. The political philosophy of Plato, Aristotle, and Socrates are equally important for social scientists all around the world rather than just in Greek.

Apart from that, bestselling authors have fans located everywhere and they wait anxiously for interpretations in their languages all the time. In our world, where everything happens so quickly that sharing knowledge across the borders is only possible through translations. 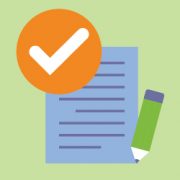 For thousands of years, pastors and scholars interpreted religious books for believers belonging to different communities. Later on, translators started interpreting books on the history of mankind, war, society, economy, social evils, rituals, and whatnot. And the work’s still in progress.

There are millions of translators in history who are yet unknown to us. The reason behind their anonymity is their lack of resources. Historians who used to sit in the courts of Kings were influential and thus still have their names preserved on their works.

Why Is Literary Translation So Difficult?

Literary interpretations are hard because they are anything but concise. Interpreting a small article, a certificate, or a social media post is nothing to compare with texts comprising of thousands of words. It takes more than just a linguistic skill on the part of a translator to translate poetry without letting the beautiful meaning slip out of the context. The most important element of such a task is creativity.

Imagine someone asks you to translate a poem by John Keats, are you sure you’ll be able to do justice? Well, you could try if you have the professional knowledge and you’re qualified to translate into the target language but you won’t be able to do that if you are not good at creative writing.

The same goes with novels and books. Primarily because they are spread over hundreds of pages and to keep the original storyline with your own creativity is something that requires a lot of effort and skill. Secondly, sometimes interpretation loses the essence of the original work through literal meanings, and this is something a literary translator wouldn’t want to do ever. In a sense their true job is to recreate the story with same narrative but of course, in a different language.

Who Can Translate Literary Works?

Most degrees for languages are focused on the knowledge of both base and target languages rather than the nature of the text. Professionally, this can be termed as a qualification as no one can challenge their fluency in those languages. Technically, however, it’s not relevant.

Take an example for instance, you sit with one of your friends who is mad about football. You on the other hand, have little to no interest in the sport. So when you see the players on the ground, you know which team is which and you know how they score a goal but you’d have no idea about penalties, warning cards, rules etc. In this case, you knew what a ball was, who was the referee, which team was winning, but you have no in depth idea of the game.

It’s the same for the translator. As a linguistic expert, he can put meanings to words, but if he has no knowledge, passion and experience in books, novels, poetry or literature as in general, he won’t be able to mix creativity into the end text.

Where Can I Find One?

Well, successful companies with diverse clientele are always prepared for such tasks and they have such talented members on their team for difficult and unique tasks. Although if you have a novel that you want translated, make sure that the translator has a previous experience in literature. You can even ask them questions regarding their prior experience just to be on the safe side.

At Dutch Trans, we have a team of exceptionally talented translators. Native literature experts who also happen to be translators are an inseparable part of our enterprise. No matter where you are located, if it’s something you need urgent and you are skeptical about it, you can give us a call and we’ll address your concerns immediately.