Are machine translators reliable to do danish translation?

28 Jul Are machine translators reliable to do danish translation?

Advancements in technology and AI made the appearance of machine translators possible. While such apps are really useful when it comes to quickly translating short phrases from a language into another, it’s still a long way until be could totally trust machines when it comes to language translation.

Machine translators, like Google Translate, work on statistics instead of rules. They find patterns in the archive of documents previously translated organically by human translators. The translator utilizes UN documents, already translated in the six official languages of the UN, providing more than enough linguistic information. Using this approach, they can go through a myriad of choices for different phrases given by several organic or human translations. They would, then, choose according to the data with the most visibility. Take for example the Spanish phrase “darse cuenta”. The word usually translates to “realize” in English. Hence, according to the analytics, the program will correctly translate the Spanish term as “realize”, instead of a word-for-word association, which would translate to “give account”. 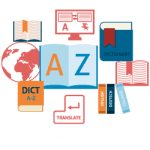 Looking for etymological information to provide accurate translation is not that simple. Given that a larger number of archives are accessible in English than in any other language, the information, more often than not, uses English as the first step when translating two non-English languages. For instance, when you translate from Russian to Dutch, the program will initially translate content from Russian to English, and the move on to translate the English counterpart to Dutch. Thus, when translating in non-English languages, it really includes two operations.

Truth be told, some dialect sets include even more operations. On the off chance that you need to translate content from Catalan to Japanese, machine translators will initially translate to Spanish, since most pre-existing Catalan interpretations are in Spanish. At that point, this interpreted Spanish counterpart will be converted into English. Lastly, the English counterpart will be translated into Japanese. If you’re fortunate enough, the translated text will still mean the same as the original text.

Why it’s not reliable

Google Translate is very good with basic interpretations—more importantly those with targets set at English. Currently, it also provides alternative translations for particular phrases and words. However, Google Translate’s very approach isn’t as reliable as that of human translators. Here’s the reason why:

Statistics do not have emotions.

Machines rely on statistics by choosing the most suitable translation according to how words and phrases were previously translated. In line with that, non-organic translators go for the most probable interpretation, disregarding the poetic sense of the translation. Even if the interpretations are accurate, they tend to be robotic and flat. Machines can not compete with actual human translators, with creativity and feelings to mimic the color, tone, and the heart of the original content.

Machine translators are not good with complex grammar.

Language depends on certain rules. Therefore, a non-organic interpreter like Google Translate will have a hard time with complex grammar, such as that in Romance languages. This is true especially since Google quite often utilizes English — a dialect that does not linguistically recognize imperfect and preterite tenses — as a following step when converting into Romance languages. Accordingly, Google Translate regularly mistranslates imperfect past tense as preterite past tense (and the other way around), making continuous or periodic acts appear like completed occasions.

Google can not write for an audience.

Each translator realizes that you have to fashion your work to who or whom you’re addressing it to. Machines can’t make such informed decisions — Google doesn’t know who the target group is for the article it interprets. Only human translators can make these decisions, so when it comes to quality, it’s always best to use the services of a translation company dealing with human translators. 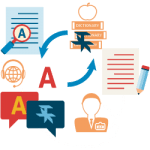 Machine translators, however, are not that useless after all. For example if you find a text on the internet that’s in another language, and you need it translated instantly, you can just paste that text into an online translator and you’ll get the meaning. Avid internet users are more likely to come across texts in foreign languages and there is no harm in using an online translation software. But when you want an official document translation, the one that needs to be submitted to an office or an institution, you have to be more careful about a lot of aspects. It includes formatting, right use of terminologies, and of course, certification. All these require a professional translation service. Our professional translators can carry out all sorts of translations with professional skill and accuracy. We are the number one translation company in UK and we have been providing quality translations to clients on a global scale.

Questions? Get in touch 24/7
LIVE CHAT WITH US
Are machine translators reliable to do danish translation? was last modified: June 18th, 2020 by admin
Share
Print page
0 Likes