Humans have been on this Earth for a long time now. But we weren’t as connected in the beginning as we are today. We lived in isolated groups and didn’t care much about the people of the other group. If anything, we consider anyone not part of our group as an enemy. When we didn’t get together with others and learned about them, hating them was easier. And the idea of an enemy kept the people of a group united. They stayed together because they were afraid of outside forces and not because they liked the people they co-existed with.

Even today, in a lot of backward societies, politicians get elected on the basis of hate speech. They make their people fear the armies of the neighboring countries and tell them to stay ready for war. Not only does this allow the politicians to keep power but also help them in controlling the masses easily. A lot of stereotypes are developed this way when people don’t know much about other nations and their only source of information is the media that thrives on sensationalism. Misunderstandings have led to wars many times in the history of the world and even after losing so many lives, humanity hasn’t learned much. 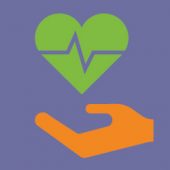 There are, however, many societies that understand this problem and work with their neighbors to create a better world. They have realized that getting to know each other can help humanity move forward. With the passage of time, we improved methods of communication so we can connect with people from all over the world. Not only it helped us understand each other better but also aided in the fields of science, agriculture, and whatnot. The world’s resources are not concentrated in one place, and not just the natural resources but also the pool of scientists and engineers. It is only with cooperation that we can make the most of the resources available to us. 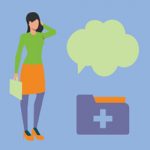 Other methods through which we can engage in conversation include expressions, gestures, and body posture. Collectively these methods are called the body language. Just like vernaculars, these gestures are not universal. They are influenced by the culture of a people. Each nation has a particular set of gestures that are unique to that region. Some of them may be universal but most are only limited to the people of that culture. And since each culture has its own set of body language, it can pass as proper conversation between the natives.

Understanding people is a lot more than being able to understand their language, their gestures and body posture are just as important. When you are trying to adjust in a new society, or want to get to know your target audience before starting a business in a new location, it is important to learn about their body language as well. With the help of translation and localization, you can make progress with the people of a new society, but in order to truly understand them and their feelings, you must know the meaning behind each of their gesture.

The kingdoms of Denmark, Norway, and Sweden make up the European region known as the Scandinavia. The Scandinavian countries have good economies and are considered highly suitable for startups and small businesses. People also move there for jobs and studies. A huge majority of the Scandinavian people are fluent in English and that’s why you won’t have to learn their language when moving there. But if you want to be able to communicate with the natives easily, knowing their body language is essential. It is the part of their culture that is often misunderstood and if you are not educated about it beforehand, you might misinterpret something.

A lot of times, the people of that region may look aloof. And their stiff body language may make people think that they are not approachable. When in reality, they prefer to not bother people unless absolutely necessary. If they are not initiating a conversation with you, that doesn’t mean they are being rude. In truth, majority of Scandinavian people are polite.

Another important rule to remember is that Scandinavian people are not open to the idea of physical contact. While it may have been a common thing in your culture, the people of these countries do not like being touched. In fact, they consider it rude to touch others. They also don’t like using their arms for gesturing. They consider it an insincere gesture. So, if you are talking to them and want to appear sincere, don’t use arm gestures.

Understanding and following the body language rules of a culture are a great way to communicate with the natives and adjust in a new society. Learning about the Scandinavian body language will also help you in your effort to get to know the local people in a better way.