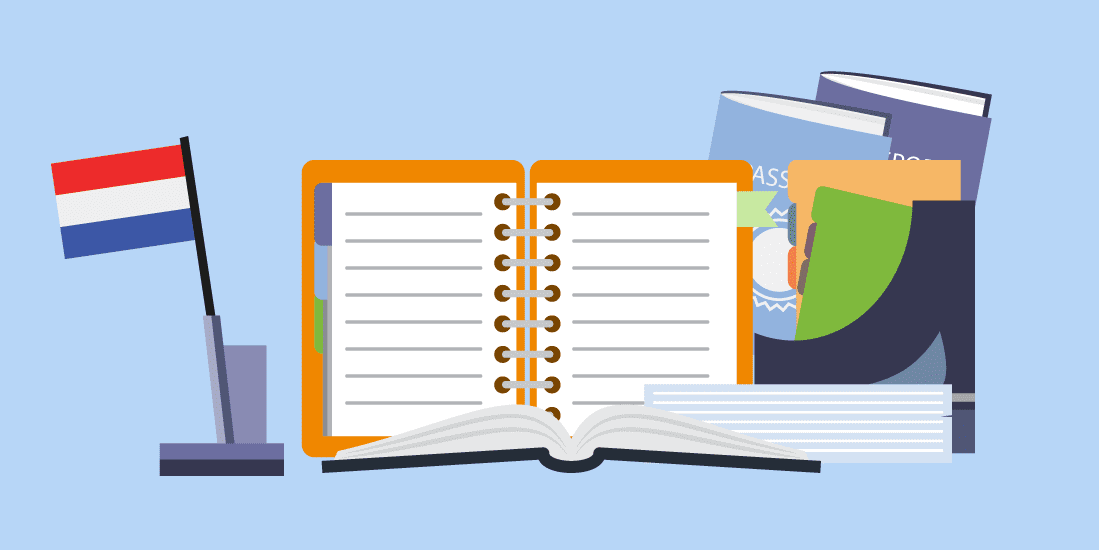 Translations in Dutch from English tend to be easy for several reasons. Dutch and English are both Germanic languages. That is, they are both based on a common root language – German. Dutch is so similar to both German and English in the fact that it is pretty much a middle ground between the two and retains many of the characteristics of each. This makes translation far simpler than that of many European Romance languages based in Latin.

The majority of European languages (including Dutch) as well as English use a variant of the Latin alphabet. In many of its technical aspects, Dutch reflects characteristics that are more German. Dutch grammar leans more toward German than English does, though some of the primary German grammatical features are missing. For instance, Dutch and German case usages vary. Verbs and syntax are used in nearly the same manner in both languages as well. However, Dutch has evolved over time and though it reflects many German characteristics, it has become more simplified. It now draws more words and characteristics of English and Romance languages than it once did. Dutch is significantly simpler than its German roots. Therefore, Translations in Dutch from English are less complicated than German to English translation.

The German language has a noticeably complicated tendency toward long compound nouns when naming new words entering the language. Three and four-word name of objects and ideas are widespread in German. The Dutch language has retained this tendency as well as a large portion of its Romance language-based vocabulary. Dutch covers a huge vocabulary –more than 400,000 unique words – and can seem difficult to learn and translate as a result. There is a strong link between the Dutch and French languages because of the position of prestige the French culture traditionally held in upper class Dutch society. Romance words and phrases in Dutch have been borrowed primarily from French. The trend more recently, though, has been to borrow fewer new words from French and instead get them from English. This is especially true in the lower and middle classes.

Dutch retains its deep bond with German and as such continues to prove somewhat difficult for translators for Translations in Dutch from English. However, the task is becoming less challenging over time. As Dutch simplifies and absorbs more and more English vocabulary, the translation process between the two becomes easier. Nevertheless, translations of important documents should still be performed with the assistance of a professional translation agency. This will ensure that the Translations in Dutch are both culturally sensitive and technically accurate to the highest degree possible. 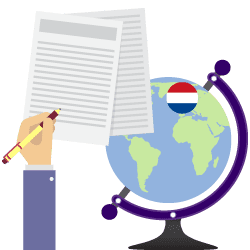 The Dutch language can be caught far beyond the Netherlands and its neighbor Belgium. It has official rank in Suriname and the Caribbean islands of Aruba, Curaçao, and Sint Maarten. The 22 million Dutch-speakers taken collectively relate to all the speakers of Swedish, Danish, Norwegian and Frisian.

Sooner or later, every expat in the Netherlands realizes that it would be smart to learn to communicate and get translations in Dutch. If you work in an international environment, it might not seem necessary to learn business Dutch at first. But later you will realize the importance of the language.

If you’ve just relocated to the Netherlands or Belgium, then speaking Dutch will immediately transform you into a rare kind of expat. You can connect with your Dutch fellows and associates on a much deeper level, acknowledge and understand the society around you to a much higher range, and you’ll certainly stand out from the weed-smoking global crowds.