Who Needs Dutch to French Translation Services and why

12 Jan Who Needs Dutch to French Translation Services and why

The country of Belgium is associated with the French language but it is actually besieged with confusion with its multilingual people. Belgium is divided into 3 major communities, the Dutch or Flemish-speaking (in Flanders and Brussels), the French-speaking (Wallonia and Brussels) and the German-speaking (Liege in Wallonia). Official documents must be in the language of the community in that region. But as you can imagine it would be impossible for people from one community not to transact or communicate with people from another community. For that Dutch to French translation services will be necessary.

The Netherlands and France

Canada has both Dutch and French settlers. The Dutch came to Canada to seek cheap farming land during the pioneering era, and later to escape the second world war. They are mainly concentrated in the Ontario region. French settlers established a fur hunting settlement that became Quebec. There are jobs in Canada that require specifically Dutch speakers and jobs that require French speakers. Ontario and Quebec are neighboring regions, it’s not hard to imagine that French and Dutch speakers will have instances of interaction and therefore would need Dutch to French translation services.

The islands in the Caribbean are a smattering of various languages. Spanish, French, English and Dutch. Particularly St. Martin. For so small an island it is divided into a French side and a Dutch side. Just like Belgium, it would be impossible for the two sides not to have instances where they have to interact. For then they will need Dutch to French translation services. 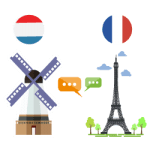 French is not a language restricted to France. Including the 13 countries where French is the only official languages, 29 countries have French as an official language. With 220 million speakers, French rests at number six in the list of most widely spoken languages of the world. It is also the third most spoken language in Europe, so anyone who wishes to reach out to the people of Europe can start with French. If you want your business in the Netherlands to be successful, then look for Dutch to French Translation Services. With the help of Dutch to French Translation Services, you can market your business to a great number of people.

Once you get your website and advertising campaigns translated into French, your business will have a lot of new potential customer, and it will soon start hitting the height of success. Dutch to French Translation Services can help you achieve all your business goals 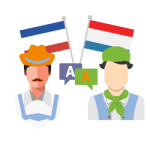 Questions? Get in touch 24/7
LIVE CHAT WITH US
Who Needs Dutch to French Translation Services and why was last modified: June 19th, 2020 by admin
Share
Print page
0 Likes