23 May Why Computer Programs Fail to Translate Dutch?

Who can translate Dutch?

Everyone is just guilty of using an online translator at one point in their lives. Probably, you were just translating some words you have come across with online or you just want to know the translation of a word you need for a document or for a correspondence.  Even if you have used Google translate at one point in your life for homework or for work purposes, there are certain reasons why you must not use them often. There are 2 kinds of translation, the human and the computer translation. The one is based on rules and the other one is based in a more complicated method.  When you translate Dutch to and from the English language, you must be mindful of the translator if he/she is well versed in it or it will be best to hire a company to do this job for you. 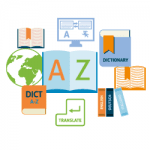 There is an exception to the rule when you translate Dutch

The human translation is an older one and it is based on rules. The computer program on the other hand has a basic rule to follow and it also comes with a dictionary. When someone typed in some texts, the computer will translate the text according to the rules and will provide a rough translation. On the other hand, this has been resulting to low quality translation, since every language in the world has lots of exceptions to the rules and most of the time, the translation will end up with something that is nonsense and hard to understand.

One example is the version of Google translate in the previous years. When Google started to offer google translate for language translation, there was this boy who wants to translate an email written in Korean and he used to Google translate to know the English version of the letter sent to the email, but he has discovered something that was not probably in the mind of the author. When you translate Dutch it is best to trust human translation if you do not want your clients or readers to be confused.

Although technology has come a long way, it is still not the right choice for translations. A lot of memes have been made around the funny translations made by Google Translate. That tells you the inaccuracy of these online translation tools. When it comes to official translations, online tools cannot be relied on. If you have to translate Dutch to understand the meaning of a sentence or a word, you can try online translation and maybe you will get the essence of the phrase. But when it comes to business translations, you can’t take the risk of trusting online translation tools. When you have to translate Dutch for business purposes, you must turn to experienced human translators who have spent years in the field and who know the language deeply. Machines fail to consider the cultural aspect of languages, and as a result, they cannot translate them accurately. There will always remain things like translation that can only be handled by humans. 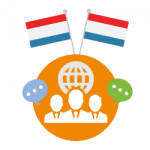 Questions? Get in touch 24/7
LIVE CHAT WITH US
Why Computer Programs Fail to Translate Dutch? was last modified: August 8th, 2020 by admin
Share
Print page
0 Likes