Brexit: UK’s plan for EU citizens. What will happen after October 2019?

26 Jul Brexit: UK’s plan for EU citizens. What will happen after October 2019?

The citizens of England, Scotland, Wales, and Northern Ireland were given a choice to remain as a member of the European Union or to leave the bloc. The vote favored those who wanted to leave the bloc, gaining 51.89 percent of the vote.

The exit date was established on 29 March 2019 after the British government triggered the Article 50 process. The two parties filed a draft of a Withdrawal Agreement and an outline Political Declaration on 25 November 2018 discussing their future relationship. On 15 January 2019 and 12 March 2019, votes in the UK House of Commons rejected the agreement.

The Prime Minister and the bloc agreed on 21 March 2019 to extend the Article 50 period until 22 May 2019 if the Parliament approves the withdrawal agreement by 29 March 2019 or until 12 April 2019 given that Britain can present terms for a future relationship or to leave without a deal.

Possible Outcome Of The Brexit

The bloc and Britain agreed on 1 April 2019 for an extension until 31 October 2019. The outcome of the negotiations is still uncertain. One of the consequences is for the two parties to ratify the Withdrawal Agreement by 31 October 2019 that will cause Britain to leave the block in an orderly manner on the first day of the month after the ratification.

Another outcome could be a no-deal Brexit on 1 November 2019 if Britain fails to ratify the agreement by 31 October 2019. Another extension of the Article 50 period before 31 October 2019 could be requested by the British government. Another possibility is for the British government to revoke Article 50 that will effectively cancel Brexit unilaterally. 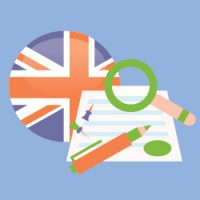 Brexit with Withdrawal Agreement for EU Citizens and British Nationals

Citizens of both sides are still free to move until the transition period ends on 31 December 2020 if the deal is ratified. If the two parties agree on Brexit with Withdrawal Agreement, all citizens of member states arriving in Britain before 31 December 2020 need to register through the EU Settlement Scheme until 30 June 2021. Family members that are in a relationship with a citizen of member states before the end of the transition period are allowed to apply for residency at any future date. By January 2021, EU nationals arriving after transition should expect new immigration rules. Under the existing points-based system, EEA workers will be treated the same as non-European nationals. Family members of an EU citizen after the transition date will be subject to a future immigration scheme.

The rights of British residents in the member states, and their family members, before 31 December 2020 ends will be protected through registration schemes that vary depending on member states. 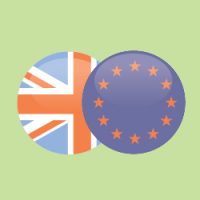 The EU Settlement Scheme will still operate, but the cut-off dates will be brought forward in a no-deal Brexit scenario, with no transition period. Only member state citizens already in the UK by Brexit day will qualify for the EU Settlement Scheme, and they need to apply before 31 December 2020. Family members in a relationship with a citizen of member states before Brexit day might apply for settlement until 29 March 2022. EU’s court of Justice will lose its Jurisdiction as regards to EU27 citizens of the bloc. Citizens of the UK will lose their right to appeal to an immigration judge.

The published policy paper of the UK Home Office outlined its proposals on how it will treat EU citizens arriving in the UK after a no-deal Brexit. The proposals said that temporary, transitional approval subject to parliamentary approval of the necessary legislation if the UK leaves the EU without a ratified withdrawal agreement would apply from Brexit day until 31 December, 2020followed by the implementation of a new immigration regime. The UK plans to grant the same rights as entrants before Brexit to EU citizens arriving after Brexit including the right to enter, stay, work and study, bring family and access benefits until the new immigration rules take effect. The EU Settlement Scheme will not apply to new arrivals in a no-deal scenario. The long-term rights of the new arrivals are dependent on a further unilateral offer from the UK, bilateral agreements with individual member states or a future relationship agreement with the EU.

No-Deal Brexit for UK Nationals in the EU

UK nationals will become third-country nationals immediately if the no-deal Brexit takes place. UK nationals planning to stay in the EU for up to 90 days are allowed to visit the EU without a visa provided that EU nationals are given the same treatment. UK nationals will need to apply for ETIAS travel authorization before a trip to the EU, after 1 January 2021 under the visa-free regime. UK nationals that plan to stay longer than 90 days are required to acquire a visa for their visit. An application for work authorization is needed by UK nationals wishing to enter an EU member state for work like other third-country nationals. They are also qualified for short-term work permit exemptions in other member states. UK nationals with residency papers will be allowed to stay and continue their jobs given that they are registered in time which will depend on the unilateral arrangement made by individual member states or if the UK treats the citizens the same way. UK nationals visiting Schengen area needs to have at least six months left on their passports from the date of arrival.

Questions? Get in touch 24/7
LIVE CHAT WITH US
Brexit: UK’s plan for EU citizens. What will happen after October 2019? was last modified: July 26th, 2019 by admin
Share
Print page
0 Likes