Why coffee and tea are important for a Dutch translator

The coffee obsession isn’t so rampant in the United States when compared to the Netherlands. In Scandinavia, Benelux countries, and some parts of the Eastern Europe coffee is on top of the chart. In the Netherlands, the average consumption of coffee every day is 2.4 cups, almost the same as those of the United States, the United Kingdom, France, and Spain combined! It’s no wonder a Dutch translator would have anywhere from 2-5 cups of coffee every day.

Why coffee is important for a Dutch translator

The Dutch intimately associate coffee with ‘gezellig’ (which is a feeling of homely warmth, having a good time with friends despite being tired, bad weather, or some unpleasant things happening in your life). In other words, coffee is the ultimate pick me up for them. 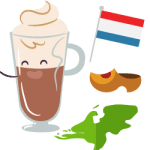 If you ask a Dutch translator he will of course tell you that the best coffee is Dutch coffee.

The climate in the Netherlands also helps: it is usually cloudy or rainy and you always feel sleepy so the coffee really helps keep them awake.

Coffee is also a cheap beverage and since the Dutch are most of the times cheap, coffee is the perfect drink for them.

The Dutch tend to look down on people that drink soft drinks because it’s very bad for you. Drinking soft drinks in the morning is greatly frowned upon. No one will ever nag about too much coffee or tea, and a Dutch translator won’t be an exception. When people see you drinking alcohol at work or on the weekend in the morning, you are obviously an alcoholic.

The Netherlands became a rich country in the golden age because of coffee. Tea, spices, tobacco, chocolate, and sugar were also part of their success. Slaves worked in coffee plantations in Suriname (Dutch West Indies) and in present-day Indonesia. Java, one of the biggest islands in Indonesia, was a Dutch colony until 1954. Up to this day people still refer to a cup of coffee as a cup of Java most especially in the United States, despite that island being a part of the Dutch East Indies.

If you need Dutch translation services of the highest quality get in touch with us at anytime, we’re working around the clock! 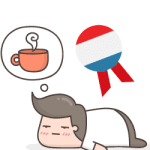 No matter how much we criticize the Dutch translator for drinking too much coffee, studies have shown that coffee is actually beneficial for humans in a lot of ways. For some of us, even the thought of starting a morning without coffee is impossible but coffee is more than just an energizer.

According to a recent research, coffee can help protect against type 2 Diabetes. Participants who increased their coffee intake with just one cup showed a lower risk level of type 2 Diabetes. Another study showed that coffee may help control movement in Parkinson’s disease. Coffee can surprisingly reduce the risk of liver cancer to up to 40%. Coffee consumption can also aid in reducing the risk of premature death.

So with all these wonderful revelations, our Dutch translator can say in his defense that coffee wasn’t that bad after all, and that everyone should continue follow his footsteps.

Questions? Get in touch 24/7
LIVE CHAT WITH US
Why coffee and tea are important for a Dutch translator was last modified: June 19th, 2020 by admin
Share
Print page
0 Likes