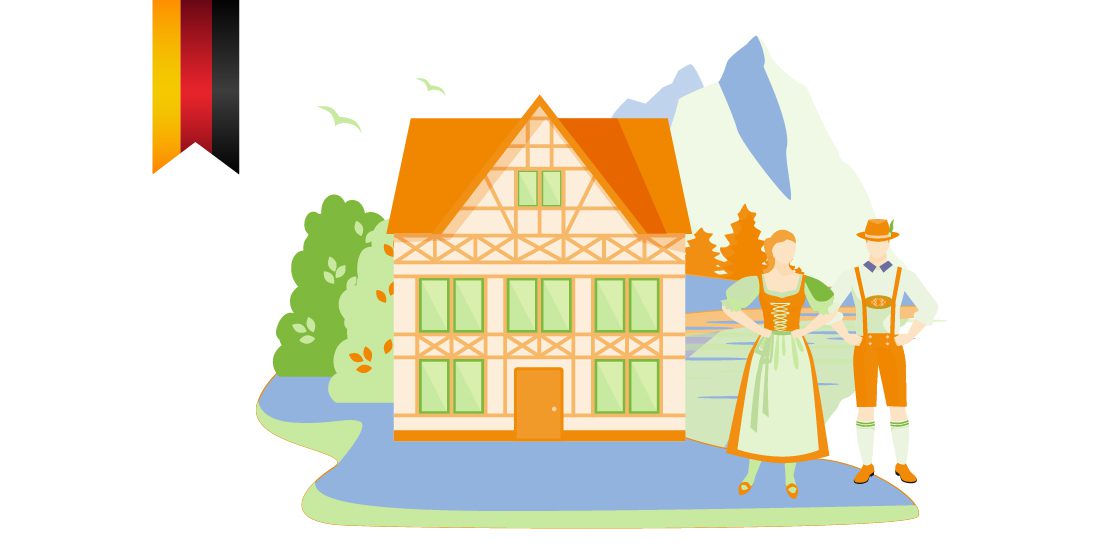 Dutch is the official language of the Netherlands and Belgium. It belongs to the West Germanic languages group, which makes it a close relative of both German and English. It has 24 million native speakers. Outside of Europe, it enjoys official status in the Caribbean states of Sint Maarten, Aruba, Suriname, and Curaçao. These are all constituent countries of the Kingdom of the Netherlands. It is also spoken in the United States and Canada by immigrant communities. It has a daughter language named Afrikaans which is spoken by 16 million people in Africa. Afrikaans is one of the official languages of South Africa. The dialects of Dutch spoken in Belgium are collectively known as Flemish. Flemish is quite distinct in nature, which is why many people think of it as a separate language.

There are various dialects of Dutch, even within the Netherlands. The differences between the dalects increases with the distance. The ones spoken near the borders are heavily influenced by the cultures and languages of the neighboring countries. Dutch has adopted many loanwords from languages like Spanish, French, and English. In its word order, Dutch is similar to German. The use of modal particles also make Dutch similar to German. But the other features of the Dutch language make it look and sound like English. In casual communication sentences, Dutch is considered to be roughly between English and German. The Latin script was modified to create the Dutch alphabet.

Germany and Its Languages:

Nearly thirty percent of the population of Germany is multilingual, but the official language of the country is German. It has 100 million native speakers, which makes it the most widely spoken first or native language in the European Union. Various native minority languages are also recognized in Germany including Low German, Danish, North Frisian, and Saterland Frisian. Some foreign languages are also spoken in the country by the immigrant population. A significant percentage of Germans speak the English language. 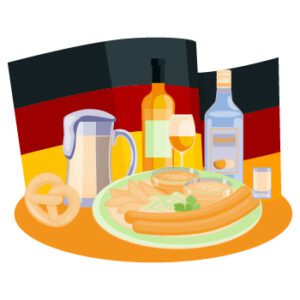 Both German and Dutch languages belong to the West Germanic branch of the Indo European language family. They have a common ancestor in Proto Germanic. As a result, the two share a few similarities including vocabulary and word order. There are various German dialects that share a lot of features with Dutch because they are spoken near the border of the Netherlands. The differences between the Dutch and German dialects increase with distance. For instance, the northern dialects in the Netherlands are quite distinct and don’t share a lot of features with other Germanic languags.

Pennsylvania German, also known as Pennsylvania Dutch, is a variety of the West Central German which is spoken by the descendants of German immigrants in the United States and Canada. The name Pennsylvania Dutch has made people think that Germans speak Dutch. But in truth, the name is a corruption of the term ‘Deitsch’. German is the only primary spoken language of the Germans.

So, the answer to the question ‘do Germans speak Dutch?’ is simple. The Germans don’t speak Dutch. They cannot speak this language until they learn it. English is a popular foreign language in Germany. The three Germanic languages English, German, and Dutch have a lot in common. They have all been influenced by Romance languages including Spanish, French, and Portuguese. They have also taken various loan words from Scandinavian languages including Swedish, Danish, and Norwegian. Both Dutch and German have various cognates, words with the same roots, which is why some people think that Germans can speak the Dutch language.

Old Dutch is what the modern day language of the Netherlands originated from. It is quite similar to High German, the ancestor of the German language. Dutch is one of the Low Franconian dialects. Over time, the language became simpler. But the Standard German of today, despite being different from High German, continues to follow a complex grammar system. All the German dialects follow this system, which is what makes them different from Dutch. There are certain Dutch dialects including Flemish that are completely different from German. Afrikaans, the daughter language of Dutch, is also very distinct in nature.

Despite being fluent in other languages, the German people prefer their mother tongue in everyday conversations. The situation is the same in the Netherlands. The majority of Dutch people are bilingual. Along with being fluent in their national language, they can also speak Standard English. 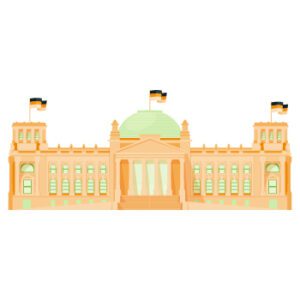 Dutch is not only spoken in the Netherlands but also in Belgium, where the other two official languages are French and German. It is often known as Flemish in Belgium, where it is spoken primarily in Flanders, the northern region of the country. The lingua franca of the Flemish region is Dutch, but it does come into contact with German and French, which is why it has picked up a few loan words. Some Flemish speakers learn the Standard German as their second language in school, while others learn French. The people of Flanders cannot understand Standard German if they haven’t learned it first. And even after learning it, they may not understand all the German dialects.

Both Dutch and German are West Germanic languages, but they are not mutually intelligible. So, the speakers of Dutch, whetehr they live in the Netherlands or Flanders, cannot understand any of the German dialects.

Although German and Dutch are very different from each other, they still share a few similarities. So, exactly how similar is Dutch to German? Here are the similarities and differences between the two:

Questions? Get in touch 24/7
LIVE CHAT WITH US
Do Germans Speak Dutch was last modified: November 17th, 2020 by admin
Share
Print page
0 Likes