What Is the Official Language in Amsterdam?

27 May What Is the Official Language in Amsterdam?

Amsterdam, the capital of the Netherlands, has many languages spoken in it, making it truly one of the most multicultural cities in the world. The official language in Amsterdam is Dutch, although most people also speak English and German as well. Let’s take a look at how Amsterdam developed into this multi-lingual city and what its current language situation looks like today.

In addition to standard Dutch, several distinct dialects of Dutch are spoken throughout Holland. Each dialect has its own vocabulary and phonology, which can make it difficult for people from different regions to understand one another. While some claim there are as many as 10 dialects of Dutch, most linguists classify these various forms into four main categories: Hollandic (also called West-Flemish), East Flemish, Brabantic, and Limburgic.

Knowing a bit of Dutch might be helpful when visiting Amsterdam. In fact, it is considered polite to greet people in their native language. Dutch is a cousin of German and English, so some words will look familiar to those who speak either of these languages. The official language of Amsterdam is actually Dutch (Nederlands), but you’ll find that many locals use English with one another as well. If you want to try your hand at speaking Dutch while traveling through Holland, there are plenty of free online resources available for practicing your pronunciation and learning new vocabulary. 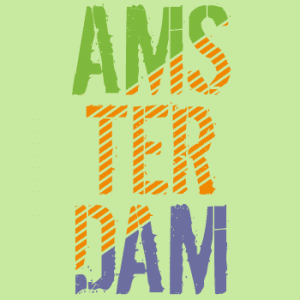 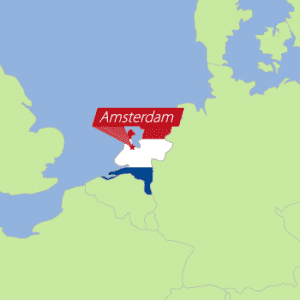 The Use of English in Amsterdam

Although English is not an official language of The Netherlands, it is widely spoken and used as a second language. If you are traveling to Holland and plan on spending some time in Amsterdam, you’ll want to be familiar with Dutch but not fluent. English speakers can get by with English because English has been taught in most of their public schools since 2002. The immigrant languages are spoken by those people who are immigrants to the Netherlands.

Is English Official In Amsterdam?

English is an extremely popular foreign language spoken in the Netherlands. English is the official language of the Netherlands, but it’s not spoken by everyone. Some people speak Dutch as their first language and others don’t know a word of English. So how do you communicate with them in Amsterdam?

There is no need to worry about being understood if you’re using English in Amsterdam. Dutch people are generally able to understand German, with 71% claiming to speak it to some extent. Most tourists speak English, and even though the majority of residents speak Dutch, they’ll usually understand you just fine. However, it’s always best to practice your skills before heading out. You never know when someone may not understand you!

The Netherlands is a small country with only 1.2 million inhabitants, but it has a long history of culture and traditions. The Dutch people have been living in the Netherlands for more than 400 years and they are proud to be Dutch. They love to travel and explore other cultures.

Many Dutch people enjoy traveling to different countries around the world. When they visit other places, they like to learn about the local customs and traditions. For example, the Dutch people often go to Germany to see the Christmas markets. Many people also visit France to see the famous Eiffel Tower.

The Dutch people love to eat delicious food while they travel. They especially like to dine in restaurants where they can try traditional dishes from all over the world.

The Dutch people are very friendly and welcoming. They are known for being open-minded and accepting of other cultures. They value education and consider themselves to be highly educated. There are many universities in the Netherlands, including the University of Amsterdam. This university was founded in 1575 and it is still operating today. For any need of translation services in Amsterdam, you can contact us. 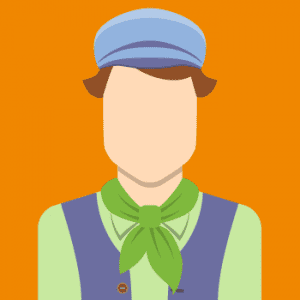 The Dutch people believe in inequality between men and women. They treat both genders equally and expect equal rights and opportunities for both sexes. The Dutch people tend to live longer lives than Americans. According to statistics, the average life expectancy in the United States is 78.5 years old. On the other hand, the average life expectancy in the Netherlands is 80.9 years old. The Dutch people take pride in their country and its culture. They love to share what they know with others.

Amsterdam is one of the oldest cities in Europe. The Netherlands is a populated country with 81% of a Caucasian Dutch population of Germanic or Gallo Celtic descent. It is located in the northern part of the Netherlands and is considered the capital city. Amsterdam is home to many tourist attractions such as museums, art galleries, and historic sites. Dutch schools teach German, which is why students learn it. Nearly there are 23 million worldwide people speak Dutch as their first language.

The Low Franconian Hollandic common dialect, for example, is the most widespread in the Netherlands and may be found in cities such as Amsterdam. Many Dutch speakers can speak English (more than 70% can speak German) and French (more than 30% can speak it).

Most Frisian speakers live in Friesland, which is the province of the Netherlands country. Though Dutch is the official bureaucratic language in all six, it’s not the universal, everyday language spoken.

The Dutch are famous for their love of exploring other countries. They are also known for their friendly nature and welcoming attitude towards foreigners. The Dutch language is also spoken as a second language by about 5 million people. West Frisian is a co-official language in the province of Friesland.

What language is mainly spoken in Amsterdam?

Can I live in Amsterdam only speaking English?

Amsterdam is a city where you can speak Dutch but also speak English. Many people speak English here, and the language is used for communication between people from different countries. But if you want to communicate with locals better, then learning Dutch will help you out.

How do I get an apartment in Amsterdam?

Amsterdam is a city with many options for those looking to rent. It has a wide range of housing types, from high-rise apartments to historic homes and everything in between. There are also many different neighborhoods to choose from, including some more expensive than others. Some areas have a higher concentration of tourists, while others offer a quieter atmosphere. If you’re interested in renting a place in Amsterdam, check out our guide on how to find an apartment in Amsterdam.

Is it safe to travel alone in Amsterdam?

Amsterdam is one of the safest big cities in the world. Crime rates are low, and violent crime is rare. You’ll see police officers patrolling the streets and public safety cameras everywhere. Still, it’s best to take precautions when traveling alone. Use your instincts, and don’t walk alone late at night. Always carry your ID and keep your valuables close by.

Questions? Get in touch 24/7
LIVE CHAT WITH US
What Is the Official Language in Amsterdam? was last modified: May 27th, 2022 by admin